Jorge Masvidal And Kamaru Usman Get Into Altercation (VIDEO) 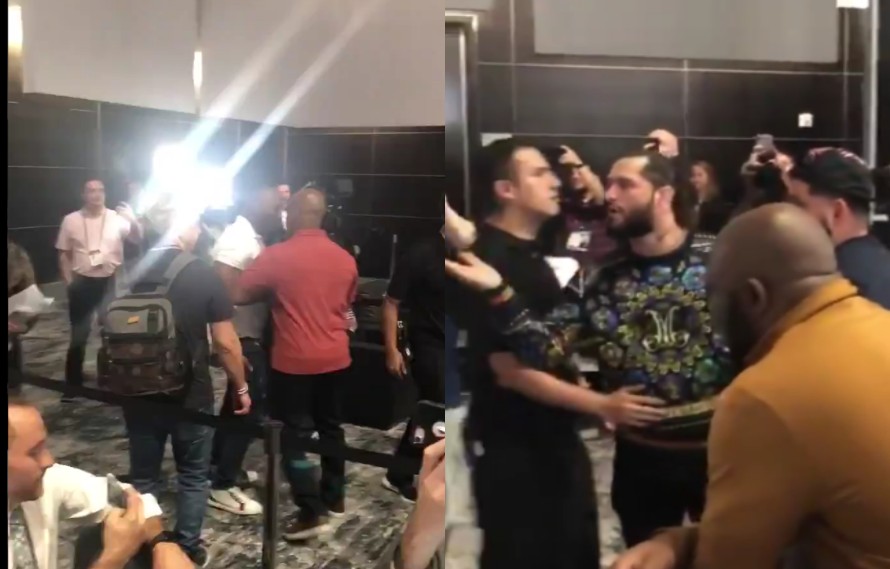 Jorge Masvidal has a ton of experience fighting in places other than the Octagon. However it almost happened again when he and Kamaru Usman almost got in a stret fight.

Masvidal and Usman have been going back and forth since both men won their titles. Usman took the welterweight strap from Tyron Woodley, in dominant fashion. As for Jorge, he captured the legendary BMF belt in a beat down of Nate Diaz. As a result, it seemed these two were destined to meet up.

However, despite reports that the two were expected to be meeting soon, it seems Masvidal and Usman could hardly wait. According to a video from Andy Nesbitt, the two almost got into a street fight today. They were invited to a media event leading up to the Super Bowl, this weekend. Here they got into a verbal altercation, and had to be separated before it turned physical.

In the clip, you can hear Kamaru yelling at Jorge, saying that he heard Masvidal talking trash, and wanted him to say something now that they were face to face. However, Jorge refused to engage physically, saying the only thing saving Usman was the fact he had a cast on his arm. Nevertheless, the two still yelled at each other, slinging insults as they were separated by security.

This stunt could propel a potential fight between Kamaru Usman and Jorge Masvidal from one that fans had mixed feelings about, to something bigger. If this is a preview of how a build-up would be with these two, it could be enough for the UFC to get fully on board.