Burroughs was former University of Nebraska two-time collegiate national champion as well four-time World Champion. Meanwhile, Askren was a two-time NCAA champion at the University of Missouri and 2008 Olympian.

Burroughs absolutely thumped Askren to 11-0 to score a technical fall win at the Beat the Streets Grapple event. The contest was for charity.

Jordan Burroughs dominated Askren early in the match by hitting out a single leg takedown and dragged ‘Funky’ to the mat. Burroughs attempted head-and-chest double leg to lead a 5-0 in the ist minute and rack up 9-0 in the first frame.

Burroughs opened the second round with another quick takedown which ended the match and earned him technical fall win. 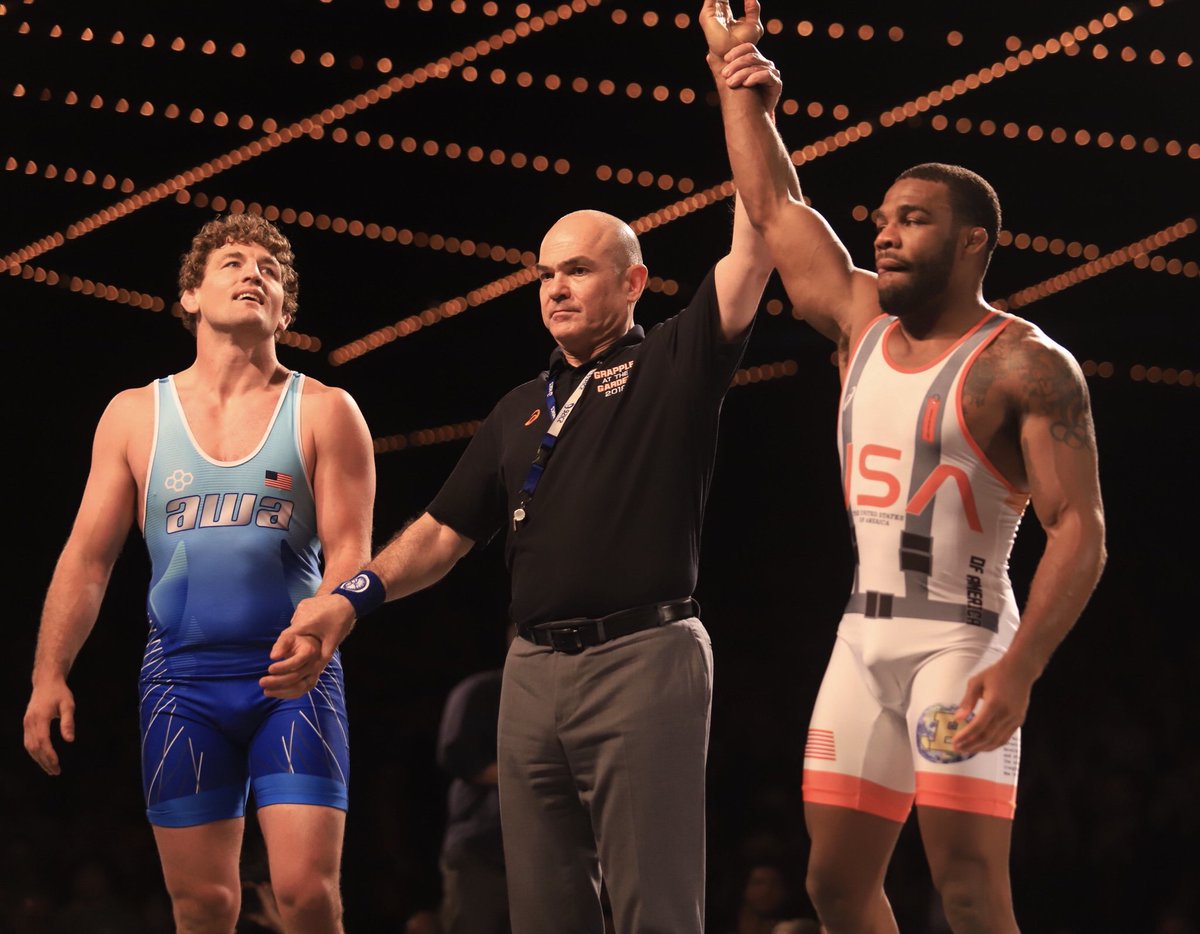 Check out below Burroughs takedown:

He's a GOAT for a reason.

Askren is slated to face Jorge Masvidal at UFC 239 in Las Vegas on July 6.