Jon Jones vs. Ryan Bader is slated for the beginning of 2011 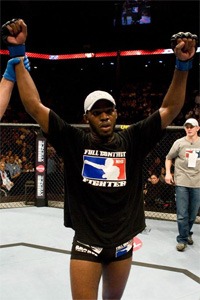 Over a year ago, in order to propel MiddleEasy into the MMA world, I planned to go on a hunger strike until Brock Lesnar vs. Fedor Emelianenko finally happened. Granted, it wasn’t quite a hunger strike. A nutritional food company was going to sponsor me by sending boxes of this health food bar they claimed would satisfy all my nutritional needs if consumed twice daily. I was going to produce daily vlogs which would air with their product logo watermarked throughout the video. Everything was set, the products were ready to ship and then I realized I was completely out of my mind. I was psychotic. Any other person could see this, but I was so bent on making MiddleEasy into a gargantuan cult phenomenon, that I was willing to put my health up for the sake of the site. I also realized I had an extreme obsession with chicken fried steaks. The hunger strike never happened.

Now that Jon Jones vs. Ryan Bader has been slated for 2011 (according to MMAWeekly), feel free to take my hunger strike idea and call it your own. However, this time just replace the two greatest heavyweights with two of the greatest light heavyweight prospects and substitute that nutritional food bar for a jar of radioactive mutagen, TMNT style. We could hold a contest to see what type of mutant you will turn into before the bout goes down in the beginning of 2011. Hopefully it will be some hybrid fruit-fly/human blend since household insects are underrepresented in the mutant scene. [Source] 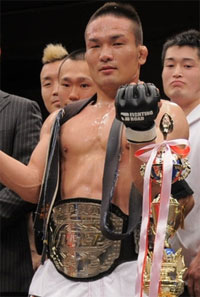