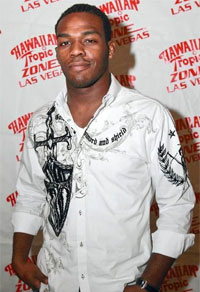 Jon Jones thinks James Toney is ignorant. Look at that, you have all the information you need in the first part of the article. There’s no need to waddle through my obsession with Kristin Kreuk or read the story of when my friend tried to shake Jon Jones’ hand but Bones told him that a lot of germs are spread that way so he gave him the President Obama Fist Bump instead (or the ‘Terrorist Fist Jab‘ if you’re a fan of Fox News). Nor do you have to read about how I ran into Jon Jones at UFC 100 and he wanted me to take down his contact information but I was an idiot and dropped my phone in the Mandalay Bay pool earlier that day and I didn’t have a pen on me. Don’t worry, I constantly jam dull plastic forks in my eyes for that little mishap.

In an interview with Tapout Radio, Jon Jones blatantly calls James Toney ignorant and doesn’t have a problem doing so.

“Do you really think you’re going to uppercut a collegiate wrestler when he’s coming full force into a double leg dive? I think he [James Toney] is just really naive to think that with hand combinations alone he’s going to be able to defend takedowns from the clinch and double leg dives. So I think he’s just ignorant in a way and I don’t really have a hard time calling him ignorant because of some of the statements he’s made about our sport.”

Despite being the next best thing since DVR, just know that if Bones Jones catches you smoking marijuana, he will turn you into the authorities. That’s a deal breaker for some. Well, replace ‘some’ with Joe Rogan. Jon Jones is also an avid fan of ‘Angry Johny‘ by Poe which sort of makes up for the fact that he could have never hang with my roommates at the University of Arizona. [Source]