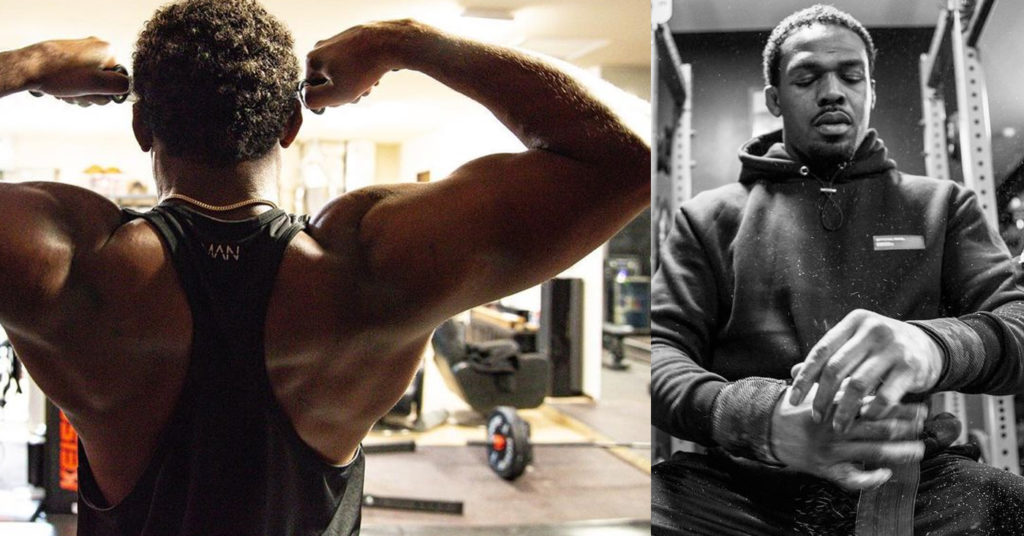 2021 will certainly see some very entertaining fights. Conor McGregor is back and facing Dustin Poirier in a rematch, Israel Adesanya is moving up to face Jan Blachowicz, and Jon Jones is getting closer and closer to his official heavyweight debut. Jones has been rumored to be the prime candidate for a shot at the belt against the champion Stipe Miocic, but Francis N’Gannou might have something to say about that.

Nevertheless, it does look like Miocic and N’Gannou are the only two options for Jones and he’s been getting ready for this challenger over the past few months. He recently posted a picture of himself on Instagram showing his physical progress ahead of his next fight, and it seems he has been bulking up.

“It feels good to not be depriving myself of food anymore, can’t fit any of my suits but I’m moving well. 250#”

Jones Indicates in the post that he currently weighs about 250lbs. If he ends up facing Miocic, he would outweigh the champion by about 10lbs. Miocic has been banking on being lighter in his fights against Cormier but he could very well bulk up if he has to face Jones. But considering these new pictures it is almost a certainty that Jones will be fighting at heavyweight in 2021.

But with Israel Adesanya moving up to light heavyweight, the situation might get interesting. Jones and Adesanya have been taking shots at each other for years now and right when jones moves up, Adesanya decides to try and take his belt. Adesanya seems adamant about facing Jones one day.

If this fight is ever meant to happen it would be at heavyweight as it is unlikely to see Jones go back to light heavyweight. But for that to happen they both need to win. Jan Blachowicz and Stipe Miocic will certainly not just hand them their belt.

Conor McGregor: Fighting Nate Diaz For Lightweight Title 'Would Be Something Special'
Read Next Post →
Click here to cancel reply.