Jon Jones: Israel Adesanya Is My New P—y, Not Cormier 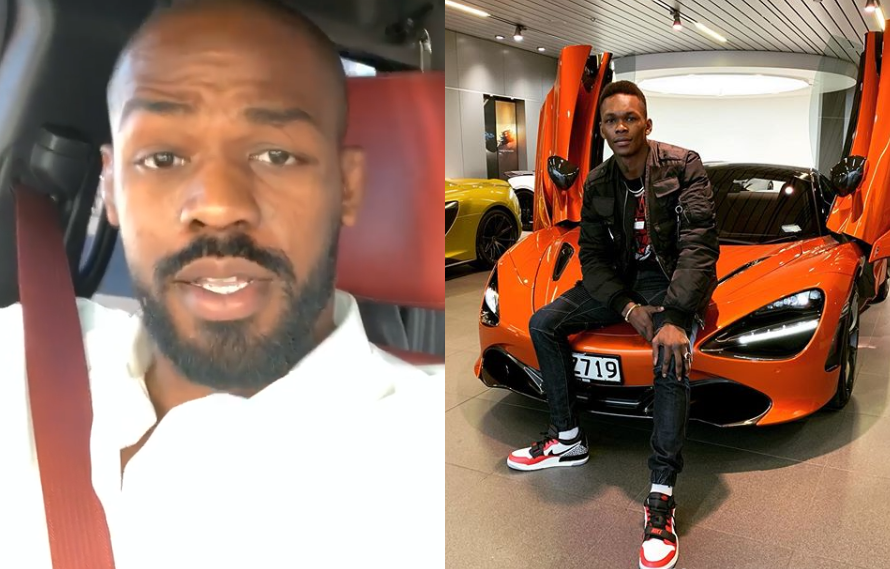 Jon Jones has had an ongoing beef with Daniel Cormier for many years. However, now it seems he is fully turning his attention to Israel Adesanya.

Jones and Adesanya have been going back and forth since before Adesanya even earned the interim title. However since then, he has gone on to defeat Robert Whittaker to earn the undisputed UFC Middleweight Championship. As a result, the trash talk amped up between the two.

Ahead of the fight, Adesanya spoke a good amount about Jon Jones. It seemed that with every interview he did ended up being brought back to that topic. Subsequently, the general answer given by Adesanya and his team, was that they were interested. However, he has duties at 185 first, and it may have to wait until 2021.

Well, Jones got wind of that answer, and he had some thoughts. He already made it clear that he felt Adesanya was scared of him. Therefore, when he saw this message about not wanting to fight until 2021, he doubled down on this. He posted a pretty harsh message on Twitter, addressing Israel, and his coach Eugene Bearman.

Lol I formally release DC as being my pussy, Izzy now takes the throne https://t.co/3pKJSFLKNN

“Lol I formally release DC as being my pussy, Izzy now takes the throne”

Oof, that is a pretty solid burn coming from Jones. Not only did he roast Adesanya, but threw a jab at his longtime rival Daniel Cormier, all in one post. Although Jon Jones may want to cool it on making references to female genitalia, since he just settled on battery charges from a cocktail waitress.

Either way, this was a funny comment from Jon Jones. Perhaps when Israel Adesanya is a more established champion, this is a bout that could come together.