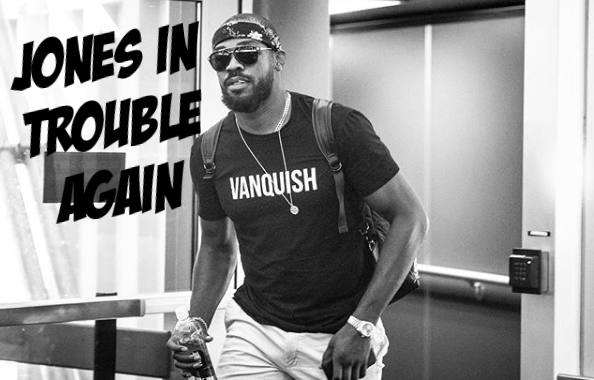 The saga of Jon Jones legal troubles continues on. This time, it is in the form of having to pay delinquent income taxes.

Jones has been involved in so many controversies, that it is really hard to keep track. From USADA violations, to hit and runs, he is always involved in something he should not be. Most recently, it was troubles involving him and a cocktail waitress at a strip club.

However, it has now come out, that there is another issue with the lawman that Jones has to deal with. This go around, it has to do with both state and federal tax liens. According to reports, Jones was hit with these between 2014-2017.

It has become clear that Jon Jones has paid the unpaid balance to clear the lien against him. However, it is also known that Jones also has an outstanding balance in utility bills, as well as for a storage unit. At this time, it is not known whether or not he has settled those debts as well.

Jon Jones has an innate ability to consistently have legal troubles. While it is not yet known when he will fight again, or against whom, it will be interesting to see what arises on that occasion. Not to mention the pending legal battle for the aforementioned strip club incident.

Brendan Schaub To Cain Velasquez: 'If You're Doing WWE, Juice The F--k Up'
← Read Last Post

GSP Says He Would Fight Khabib 'If Everything Aligned'
Read Next Post →
Click here to cancel reply.