Jon Jones is slated to defend his light heavyweight title this weekend, at UFC 235, opposite Anthony Smith. However, in May 2015 he was scheduled to face another Anthony, this time Anthony Johnson. Due to legal issues, Jones was forced to withdraw from this bout. Following a stint of in and out of the cage troubles, Jon would never end up fighting Johnson, who would end up retiring following his second loss to Daniel Cormier.

Recently Anthony Johnson has mentioned the thought of coming out of retirement, but only to face Jon. “Rumble” Johnson has spent plenty of his retirement time in the gym though, looking like a massive 300-pound night club bouncer, so its likely that he will ever be able to make 205lbs again. 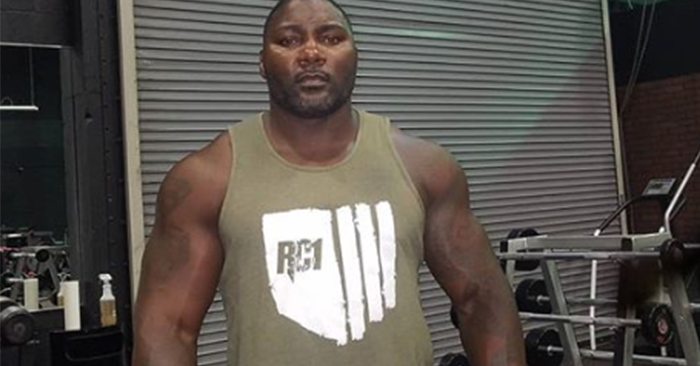 This was exactly what Jon Jones said in a conversation with Rashad Evans on ‘Anatomy Of A Fighter‘ stating that “He ain’t never getting down to light heavyweight again, thank god.” Jones also mentioned that he was relieved that Johnson retired when he did, saying “That made no sense, he was right there as the scariest dude around.”

Frankly, as much of a dream matchup, this was at the time, the likelihood of this happening is small, not to mention the task in front of him Saturday night, in the form of Anthony Smith. Jones may not be too keen on the idea though, stating “Thank god that boy retired,” however, if at some point in the future, it were to happen, it would be one hell of a fight.