Jon Fitch Exposes ‘Slave Mentality’ That UFC Has With Fighters 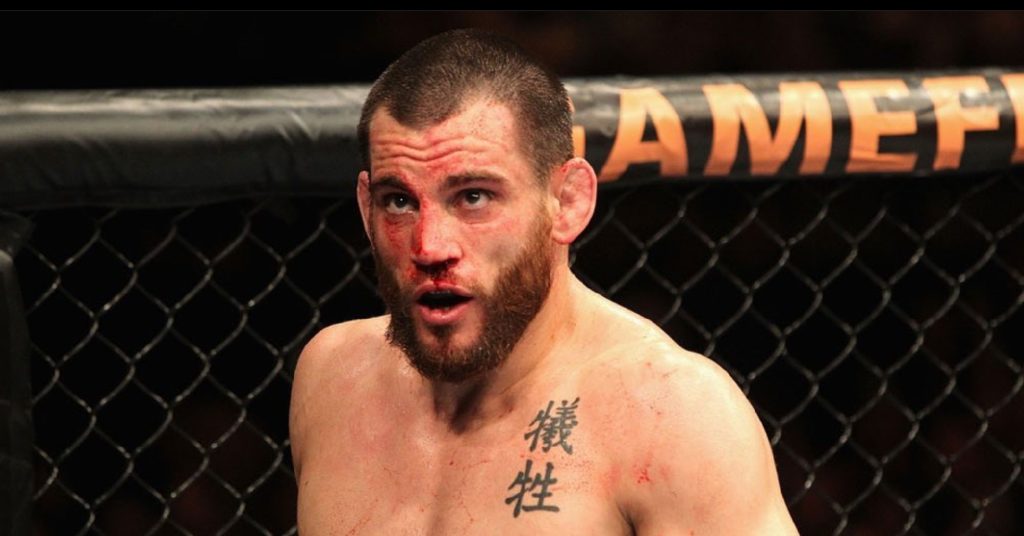 The subject of fighter pay has been a seemingly growing concern with various top athletes in the UFC. Recently retired fighter Jon Fitch seems to have some pretty strong words about what type of mentality the UFC has about its fighters.

For years, Fitch has been a very vocal advocate against the antics of the UFC, even being a part of a class action lawsuit against the promotion. He has made it clear that he feels the fighters are mistreated and underpaid, and this lawsuit has actually brought to light some concerning negotiation tactics and financial information that would have likely otherwise not have been revealed. In some respects, it has even given others the courage to speak up about their concerns, leading to more and more fighters asking for a pay raise, some even openly citing the data provided by this lawsuit.

One of the most recent examples of unrest in fighters, was the failed negotiations for a fight between Dustin Poirier and Tony Ferguson, where the former wanted to be paid more, but the UFC refused. Dana White then portrayed sentiments that Poirier did not want to fight, which is something he usually does. When speaking to SiriusXM, Jon Fitch explained that this is something he does to get fans on his side. However this kind of mentality is for people who are regular employees, not the independent contractors that fighters are supposed to be.

“These guys are businesses. They’re not employees, they’re a business,” Fitch explained. “And if you a business to do work, you’re going to have to meet their price. I don’t understand why that’s hard for people to understand.

“You’re allowed to not work,” Fitch continued. ‘You’re allowed to say no. Like ‘I don’t want to mow your lawn for $1.50.’ You can say that. Like ‘Pay me $20 to mow your lawn.’ You’re allowed to set your price, you’re allowed to know your worth. There’s nothing wrong with that. Like, there’s this real slave mentality around this, that a lot of fans don’t understand. Maybe it’s because they all have those types of 9-5 jobs where they have to do what their boss says. I’m my own boss. I’m a business. The UFC, the promotions, they’re service providers. They provide a service of promoting me as an athlete, and hosting the events. If I don’t like their services that they’re providing, I should be allowed to go somewhere else. But we can’t do that, because we don’t get to keep our rank, we don’t get to keep the title.”

🎥"I don't want to mow your lawn for a $1.50…You're allowed to set your price, you're allowed to know your worth…Like there's this real slave mentality around this that a lot of fans just don't understand."-@jonfitchdotnet on fighters pushing for bigger purses@jimmysmithmma pic.twitter.com/vfJpqitCky

This is certainly a fair point from Jon Fitch. Fighting is not like other independent contractors in many ways, yet the promotions refused to refer to fighters as employees. Although there is still a lot of work to do, before anything can fundamentally change in the sport.

Michael Chandler Signs With UFC, To Serve As Backup For Khabib vs Gaethje
Read Next Post →
Click here to cancel reply.