Charles Johnson may have just punched his ticket to the UFC.

Two of the best flyweight prospects in MMA collide.

LFA Flyweight Champion Charles Johnson defends his gold strap against the undefeated Carlos Mota at LFA 122. He meets Mota in his hometown of St. Louis, Missouri. Johnson looks to tie the record for most LFA title defenses. Mota looks to capture his first world title.

Both men may very well be competing for a UFC contract with an impressive main event win at LFA 122.

Mota starts off the fight with a spinning backkick. Johnson throws a kick which is caught by Mota who dumps Johnson into the mat. Johnson gets up as Mota works his boxing. Mota is the agressor who is able to get some good shots on the champion.

Mota catches another kick from Johnson and would take him down with ease. Mota moves into Johnson’s guard. Mota seizes the back but Johnson reverses positions. Mota goes for an armbar and then a heel hook which are both denied. The two stand up. Mota trips up and falls to the ground. Johnson lets him back up. The fight is paused due to a nut shot.

Mota catches a low kick from Johnson to momentarily take Johnson down. The two continue to trade from a distance, with both actively striking each other. Johnson works to the body with kicks and punches. Mota taunts Johnson to try to punch him. The fast-paced round ends.

Mota goes for a blitz of strikes but misses. Johnson lands amazing leg kicks on the challenger. Mota catches a kick to take Johnson down momentarily but the champ pops back up. The duo kickbox from a distance, being weary of each other. Johnson picks Mota with constant leg kicks. Mota goes for a blitz, unloading some good body shots.

They engage in the pocket with strikes to finish the round in back-and-forth action.

Mota pours on the pressure on Johnson. Mota puts some combos together in small blitzes. Johnson is elusive in his approach, dodging most of Mota’s speedy punches. The overhand right starts to land for Mota as both men go at an insane pace. Johnson continues with the leg kicks.

Mota lands headkick and a punch to follow it. Mota is finding the target near the last minute. Johnson also gets a bullseye, with a flurry of punches to the head of the Brazilian. Johnson ties Mota up in the clinch, who seizes his back while on the feet.

High output continues in the championship rounds. It’s a fast chess match in the striking department. Mota swells up the left eye of Johnson with a headkick that is partially blocked by Johnson. Mota goes after him in relentless fashion. He doesn’t give him any elbow room inside the cage. Mota targets the left eye of Johnson with absolute haymakers.

Johnson catches a second wind and he comes back in a big way. He looks to submit Mota with a standing ‘schoolyard’ choke, but is unsuccessful. Johnson level changes, pinning down Mota with a double-leg takedown. The champ shows him who’s boss as he dominates for the last minute of the round. Johnson pounds away with hard punches until the bell rings.

‘Innerg’ keeps up the pace, coming hard at Mota. Johnson walks Mota down, wobbling the Brazilian with punches! The hometown hero stalks Mota and overpowers Mota with relentless strikes. Mota drops down to the mat with Johnson delivering the finishing blows. The referee stops the fight. And still, Johnson remains the ‘king of the flies’!

Charles Johnson about to go championship rounds in his hometown!

One of the greatest championship fights ever on UFC FIGHT PASS! #LFA122

(C) Charles Johnson via KO in Round 5 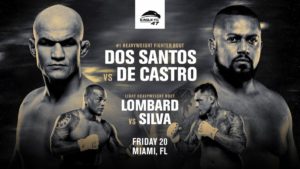 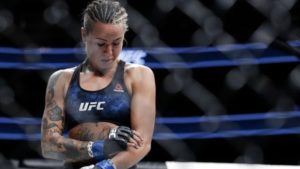 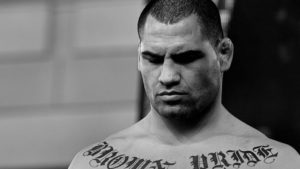