A big controversy followed the match between Ricky Simon and Merab Dvalishvili. Merab is submitted via tremendous mounted guillotine choke… that is how the fight ended but Simon demonstrated one of the best comebacks ever seen in the UFC! “Big” John McCarthy, a legendary referee, defends his colleague!

At first, Dvalishvili was able to reach the final bell despite a very tight submission attempt. He had the best chances to win the fight on the judge’s scorecards. He controlled the first two rounds. But after a brief cageside discussion, it was more than clear that Merab Dvalishvili was choked out unconscious before the final bell. Ricky Simon earned a TKO victory at 5:00 of the third round. This is the latest stoppage in a three-round fight in the history of UFC!

When the fight was over, fighters and fans were questioned whether Merab Dvalishvili deserved to see the scorecards. The opinions were heavily divided. However, the referees stood by Liam Kerrigan’s side, who stopped the fight and pronounced Ricky Simon a winner. Marc Goddard, a ringside to the bout, was the first one to chime in but the legendary John McCarthy also had to cover his colleague’s back.

“Big” John McCarthy claimed that Ricky Simon was the right winner. He claims that Dvalishvili “went out twice” during the last part of the fight – the first time, during finishing choke, and the second time, when his head was slammed hard of the canvas during a takedown attempt.

How do you have a TKO on a Submission win??? Come on @arielhelwani you know that can’t be right. https://t.co/2biQh5mkzi

Frank trust me he went out twice. First time when he slammed his head into the mat on the takedown at 56 sec left and then on the neck crank at the bell https://t.co/wOHlPXjAEx

At the 56 sec mark the fighter is knocked silly if not out by his own takedown. That is why Simon moves to mount and the neck crank so easily. At the end the fighter is out for a second therefore he has been submitted and loses as such. It should never be ruled as a TKO #AskBJM https://t.co/6rOLeSBSn7

When the review is analyzed thoroughly, it is seen more than clear that Dvalishvili’s legs go limp after he took Simon down. And one more strange thing – Simon reversed the mount extremely easy!! Even if this detail is completely neglected, “Big” John McCarthy claims that Simon has to be the winner. John McCarthy emphasizes the fact that Dvalishvili was unconscious. He also says that the buzzer can’t save the fighter who is in trouble.

Saved by the bell was a shitty sitcom and a term that is associated with old boxing. It does not apply to this and MMA with submissions. Man was out at the bell and several times before. Why is it you want someone to win a fight they were submitted in? #AskBJM https://t.co/Q4cH4Aoi4z

Despite Dvalishvili now has the score of 0-2, he and Ricky Simon earned Fight Of The Night bonuses. We hope these $50,000 dollars will motivate them to keep the same pace and additionally remind the audience why they love this sport so much. Both of the fighters will remember UFC Fight Night 128 for a long time. Their names are written in the UFC history forever!

Here is the video of the controversial fight… What are your thoughts? 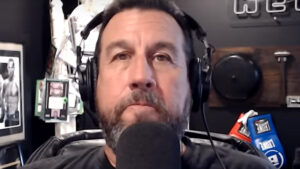 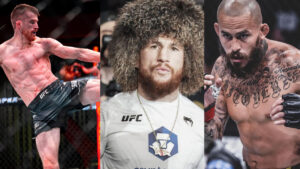 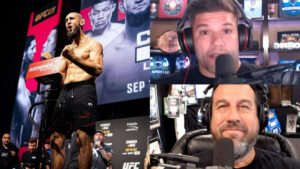 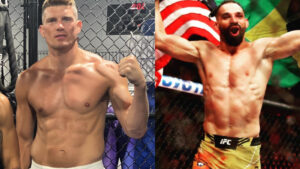 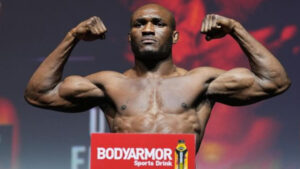