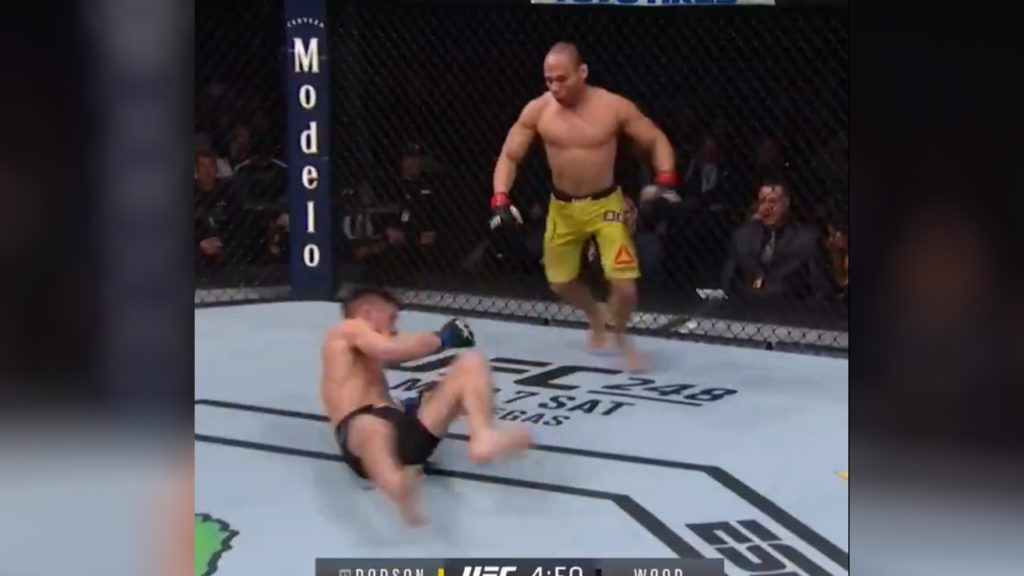 Former UFC flyweight title challenger John Dodson made an impressive octagon return tonight as he made his first finish since 2016 when he finished bantamweight contender Nathaniel Wood via third-round TKO.

It wasn’t an easy fight for both fighters as both Wood and Dodson landed some meaningful shots for the first 10 min of the bout. As the third round started, Nathaniel Wood came out aggressively but unfortunately ended up taking the crazy punch. Wood tried the combination, but Dodson was there and landed a double left hook which landed Wood on the canvas. Dodson jumped on him and hurled few more strikes before the referee stopped the action.

Watch it LIVE on ESPN+ pic.twitter.com/3v7PAOHUJB