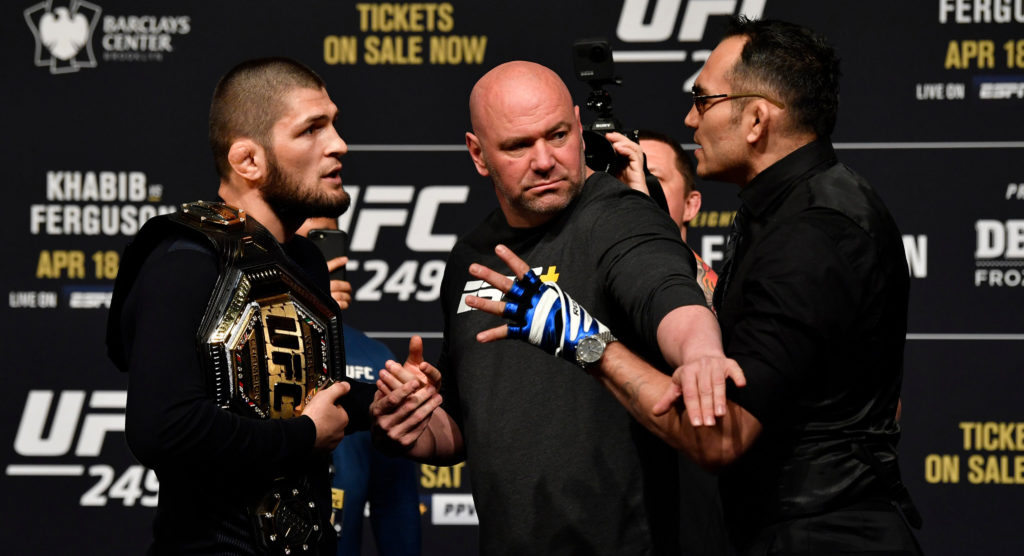 The UFC and Dana White are doing everything in their power to make sure the stacked UFC 249 event happens. Although with recent quarantines and lockdowns across the world, the UFC still has no location or guarantee the event will happen. Now the event has lost arguably the sports most notorious commentator, Joe Rogan.

“I guess someone’s going to commentate it- it’s not going to be me.”

On a recent episode of “The Joe Rogan Experience” podcast, Rogan gave his thoughts on the upcoming event.

“UFC is talking about putting on a fight on April 18th. I don’t know how they’re gonna do that. I don’t know if they”re gonna be able to do that in the United States. They’re talking about doing it in a place with less than ten people, just in an open arena.”

The event is headlined by the Tony Ferguson vs. Khabib Nurmagomedov bout for the lightweight championship. This fight, having been cancelled four times prior, has been dubbed cursed by fight fans.

White and the UFC have postponed three events prior to UFC 249’s original April 18th date. However, White insists it will happen while confirming it will occur behind closed doors. The UFC president has dismissed any doubters or people concerned about current global health crisis.

“The thing is, how are they going to make sure nobody has it? You’re going to have to test everybody.”

Rogan continued on his podcast by saying:

Although we are all in agreement that Khabib vs. Tony is a must see, the global virus seems to be adding a major bump in the road yet again.