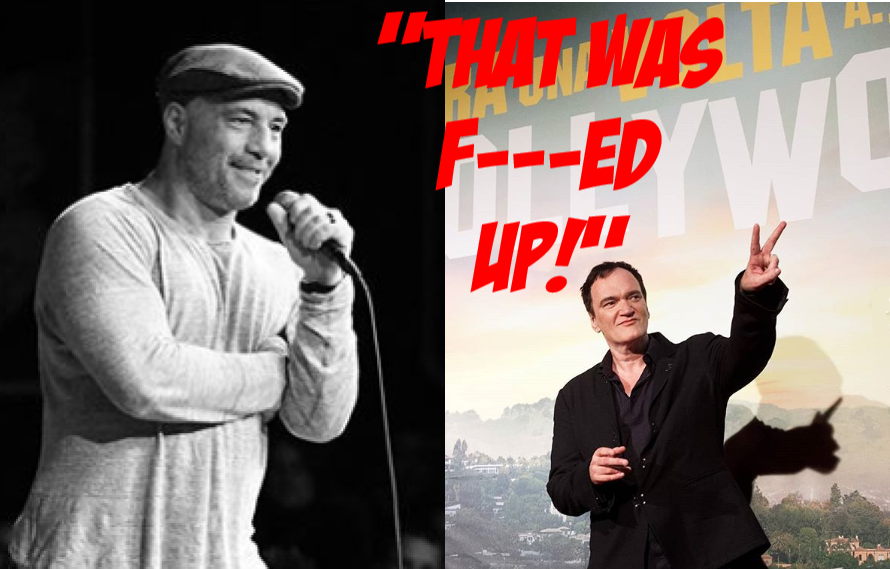 Joe Rogan Goes Off On Tarantino For Recent Movie

Hollywood director Quentin Tarantino just came out with a movie featuring a representation of martial art great Bruce Lee. Unfortunately, Joe Rogan is not happy with the way Lee is portrayed.

Once Upon A Time In Hollywood is Tarantino’s new movie, which features Brad Pitt. Pitt plays Cliff Booth, who at one point in the movie is forced to fight Bruce Lee (played by Mike Moh). The fight saw Lee shown in a not so great light, with him looking overly dramatic, and not as skilled as he should be.

This portrayal of Lee has angered some fans, not least of which is Joe Rogan. Additionally the UFC commentator is known to stick up for fellow martial artists. Subsequently, he took to the Joe Rogan Experience, to discuss this recent disdain with Brendan Schaub.

“That was f—ed up. He was a dummy in the movie. The problem was in real life, there was no evidence that he was an egomaniac dummy. He was a very interesting guy. Very insightful.”

However, Rogan did not stop there.

“The problem was they made him look like a buffoon. There was no evidence that he was a buffoon…It’s a movie about a real person who has a real legacy and a bunch of people love him.

There was a lot of evidence that Bruce Lee was this brilliant, insightful guy and in that movie, they made a character of that. I didn’t like it. You’re making the guy looking like a f—ing idiot when he wasn’t an idiot.”

Joe Rogan is not alone in his critiques of this movie, although he is one of the more passionate. What do you think of this take on Bruce Lee?