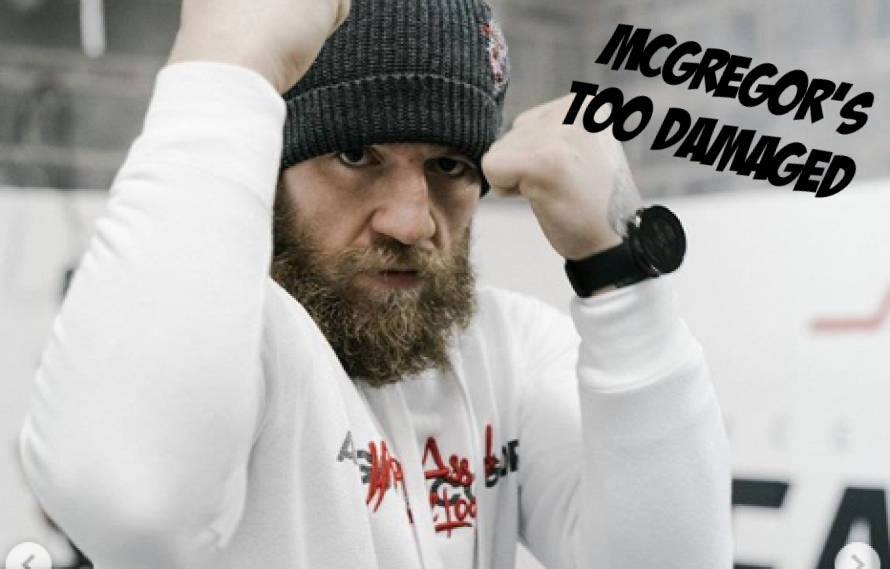 People have been wondering why Conor McGregor is fighting at welterweight in his UFC return. Joe Rogan thinks he knows the reason.

Conor McGregor will be returning to competition after more than a year off, to fight Donald “Cowboy” Cerrone. What is strange, is that despite the fact that both men competed at Lightweight last, the bout is happening at welterweight. This has caused speculation from many people, including Joe Rogan.

Speaking on the JRE, Rogan was talking to Brendan Schaub about this fight, and it taking place at 170. In his opinion, the reason the fight is there is because of the previous cuts McGregor made to 145lb.

“Conor doesn’t want to lose any weight. Listen dude, I think that guy tortured himself to get down to 145 so hard – and when you look at what he looked like when he was on the scale, when he was flexing, he looked like a godd–n zombie. It was horrible. So I think, whether he complains or not about that, nobody rides for free. You do that to your body for a couple of years, you do some f—ing damage and it makes it harder to lose the weight afterwards.”

Furthermore, Rogan continued by explaining that lightweight is the right size for McGregor.

“He has a fight with Cowboy, he’s really a 55er that can fight welterweight. That’s the right size for him versus, I don’t think Nate is fighting ’55 any time in the future anymore. He’s too big now.”

Another reason that Joe Rogan did not mention, is that Conor McGregor could be setting up a trilogy fight with Nate Diaz, as their two previous fights were at 170. Nevertheless, his fight with Cerrone takes place at welterweight on January 18th, at UFC 249.