Makhov, who is yet to make his professional MMA debut, there’s going to be a new star in the heavyweight division of the UFC promotions, when he joins its ranks. He is a multiple-time World Champion and a bronze medalist at the Olympics sports.

while speaking to guests on his ‘The Joe Rogan Experience Podcast,’ Rogan waxed lyrical about the prospects of this superstar in the making.

“There’s this Russian dude who’s gonna join the ranks of MMA after the Olympics.

“This dude is so good, he’s so technical and so fu*kin stupid-strong… his fu*kin takedowns are ruthless. He runs through guys!

“Watch this motherfu*ker wrestle. He’s so fu*king fast and so big and so strong, and when he gets to MMA, he’s running through motherfu*kers. You are not stopping his takedown!”

Bilyal Makhov is 6ft5 and has a walking weight of 300lbs, that is massive, in the heavyweight division, Joe Rogan sees this potential problem for his opponents.

“He’s just gonna be throwing dudes around, they’re not gonna know what that fu*k to do.

Rogan then went on to speculate about Makhov’s striking abilities.

“And by the way, who’s to say this guy can’t punch a fu*kin hole through your universe?”

On further review after watching the video, Rogan thinks he thinks his, striking needed some work.

“It’s like he’s trying to grab people as he’s punching them…he’s such a big fu*king gorilla though, he could just haymaker on you.
“He’s definitely gotta work on his kicks too but hey, man, he’s a super athlete….he probably could get better in a month.

“Guys that become that level world champion at anything that’s combat sport related, they figure it out, man.”

Regardless of few flawed techniques, Rogan said his hefty size can blow anyone who stood in his way.

“This is a big motherfu*ker. You do not want this guy hitting you,”

Speaking on the topic of possible PED usage, Rogan’s co-host speculated that Bilyal would come under scrutiny when he joined the UFC.

“USADA’s gonna be sniffing his ass so hard!”

Speculation Machine Rogan said, how Makhov got to be the giant that he is right now.

“This guy’s probably on some straight fu*kin DNA manipulation…he’s so far ahead of the curve, they don’t even need steroids, they just put this dude in one of them easy-bake ovens!”

Bilyal always has been dreaming about making MMA his career sports- he is an accomplished wrestler was already speaking to the UFC a year ago and ready to take on a new challenge. 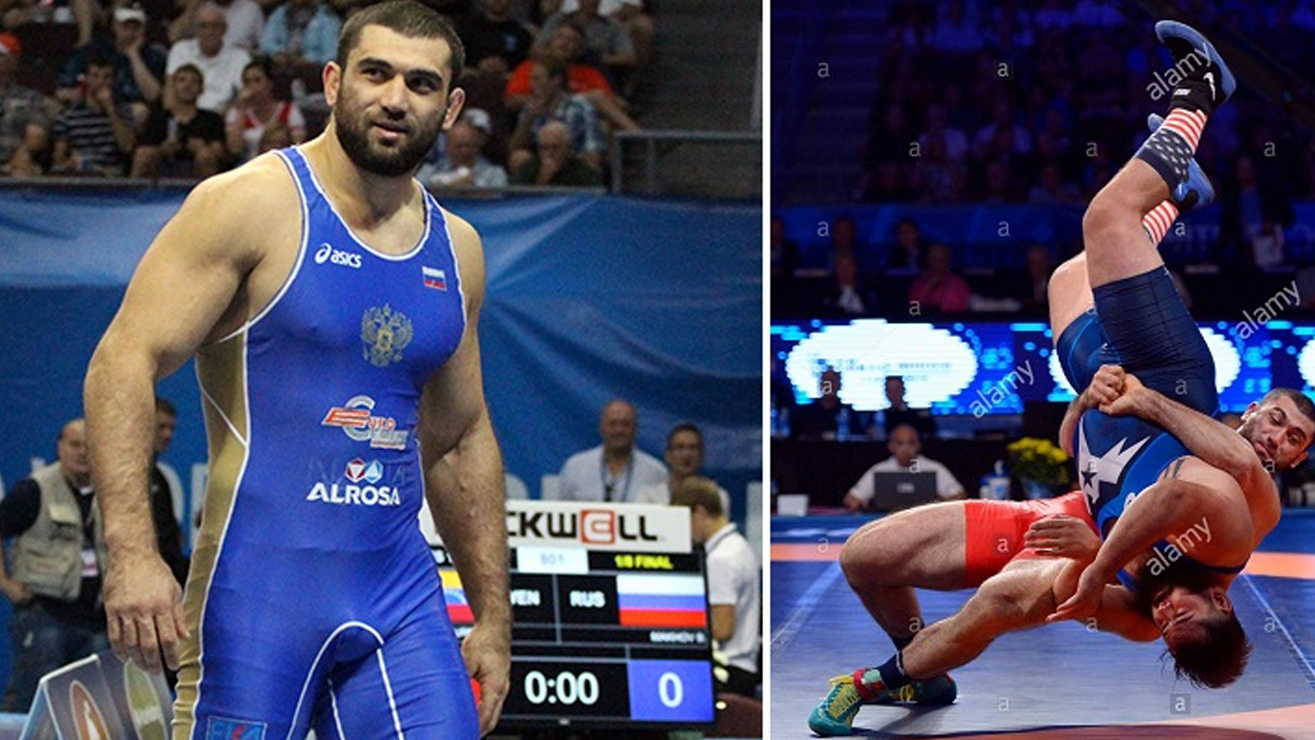 “To conquer this new mountain called UFC will give me new emotions, new feelings, new challenges – kind of like a rebirth and start everything from zero,”

The Russian Bilyal is realistic about the work that needs to be done to achieve them.

“Yes, I know there’s some technical aspects of this game that I need to work on – my striking, and I’m working on that with my coach (Murat Keshtov from K Dojo Warrior Tribe gym).

Bilyal said, with all the right things, he certainly has the backup of people who are involved with MMA for a very long time but whether he manages to succeed when he finally steps into the cage is another matter entirely.