If you didn’t already know that Joe Lauzon was a rawsome fighter, now you know.  And if you still don’t know what rawsome means, well, neither do we! It’s a word we made up nearly five years ago.  Not sure how it started, but I’m certain it was to describe fights like the UFC 155 co-main event.  We can’t put a finger on what aspect of the fight made it so much fun to watch, so we went with rawsome to encompass the totality of the fight and all the things that made it great.  In the future, fighters will not be JiuJitsu practitioners or Wrestlers in the UFC; Instead, Bruce Buffer will simply announce their fighting style as ‘Rawsome’ and you’ll know exactly what it means when you see it.  Maybe you’ll even be able to explain it to us! [Editors note: This will never happen to Bobby Green, he will always stay ‘hood’] In the meantime, let’s reminisce the not so distant past in UFC 155. 12 hours and 40 stitches later, this is what Joe Lauzon’s face looks like following his fight-of-the-night performance with Jim Miller. 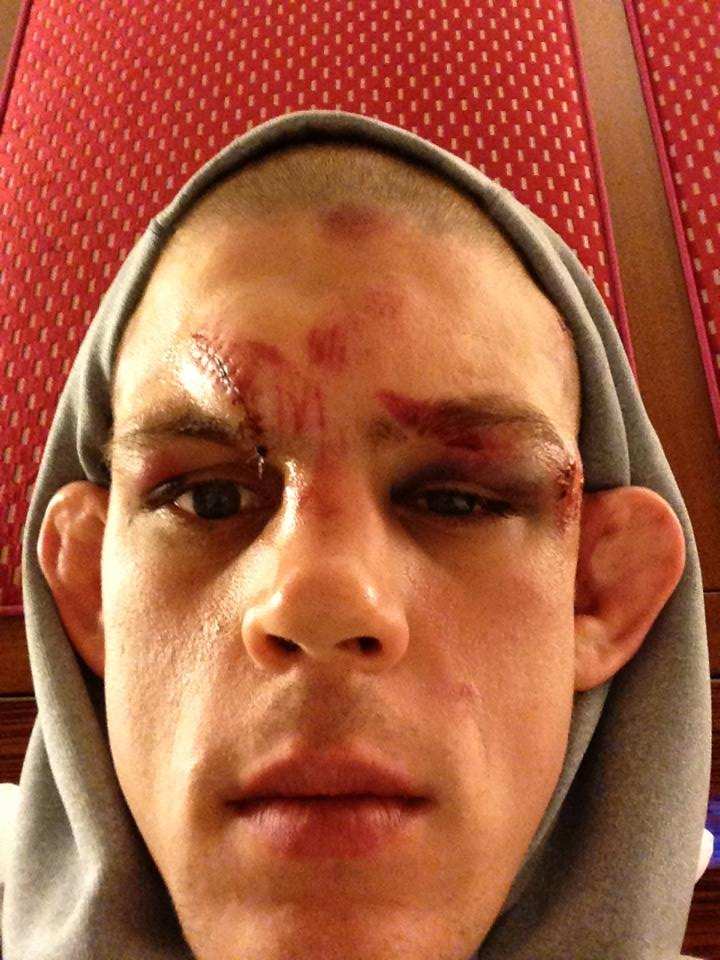 According to this dude, the reason JDS lost his belt at UFC 155 is because Frank Mir practices black magic
Read Next Post →
Click here to cancel reply.