The co-main event of UFC 248 turned out to be one of the best fights that went down last night (Sat, March 7, 2020) or the greatest fights in mixed martial arts history.

Weili Zhang and Joanna Jedrzejczyk put on an instant classic and battered each other for the course of five rounds. Both fighters didn’t back out and stood toe to toe, exchanged strikes until the fight ends.

Zhang scored a split decision to retain her title with two judges scoring the fight 48-47 for Chinese champion with the third official gave the same 48-47 score to Jedrzejczyk. Regardless, judges gave a node to Zhang, but Joanna displayed an impressive performance. In the end, Jedrzejczyk looked unrecognizable due to massive hematoma on her forehead. 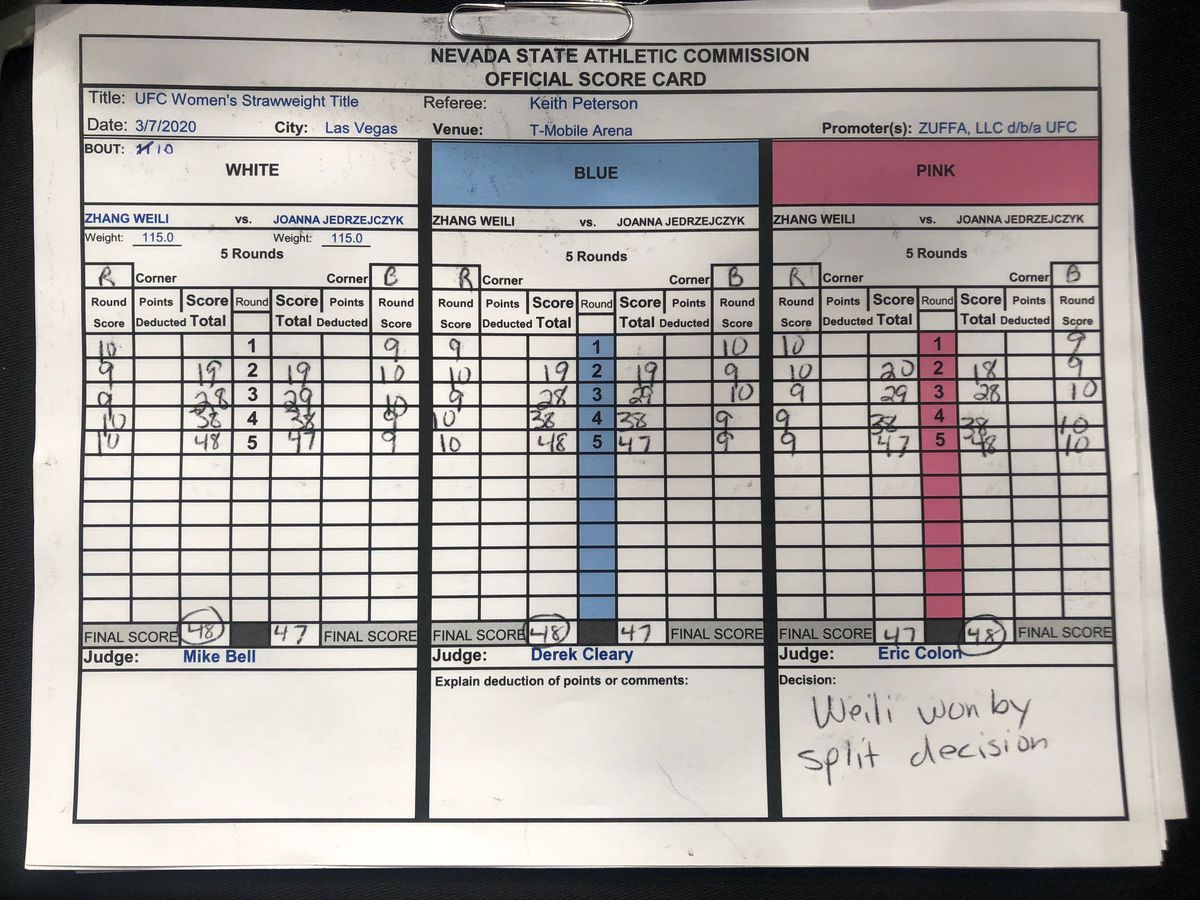 Following UFC 248, Joanna’s team gives an update on her health.

Joanna Jędrzejczyk was just discharged from the hospital, according to her team. No significant injuries, they said. Here she.is leaving moments ago. @gldlx

Joanna Jędrzejczyk was just discharged from the hospital, according to her team. No significant injuries, they said. Here she is leaving moments ago. 📷 @gldlx pic.twitter.com/y58z4EjMx5

After last night’s performance, Jedrzejczyk gained much respect from fans and fellow fighters. She’s now 0-4 in her previous four title fights between 115lbs and flyweight.

What’s next for Joanna is unknown, but after last night’s defeat, it’s unlikely she’ll get a chance to fight for a title anytime soon. Perhaps a few more wins could lead her to that title road again.