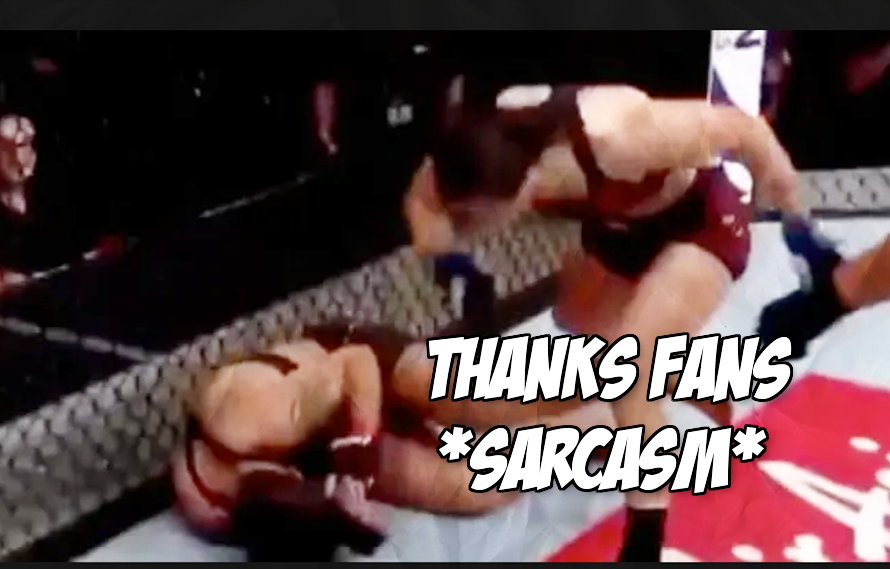 Thanks MMA fans it the new ‘Thanks Obama’. So it sounds like Weili Zhang knocked Jessica Andrade into a new reality.

In this magical world fans are responsible for a fighter’s chin and lack of striking defense. The next time a fighter misses weight they really should just blame the fans.

WWJAD? What Would Jessica Andrade Do? She’s throwing all fans under a Brazilian bus. And no, the Nogueira Brothers did not try feed this one a carrot.

From our friends over at Ag Fight, Andrade explains how fans got in her head before her title defense versus Zhang. You know, the fight she lost in 42 seconds.

“At first it was really disappointing. Whether you like it or not, you go out there to prove you’ve earned that. After I beat Rose and won the belt, I heard too many comments along the lines of ‘Oh, that was luck.’ You think that doesn’t get to you? But it was something that influenced me a lot, to have this thirst to finish the fight soon and really show that I was the champion and deserved to be there—that it wasn’t luck. Because of that, I ended up losing the belt. That’s something I learned from that loss, not to care too much about people think, and just trust my abilities.”

Great job fans. Way to be huge jerks about it. Amazing a bad ass tank like Andrade can still trip over a flower through the concrete. Just steamrolling 115 pound females, until a couple of low grade UG posters got in her head.