Jason High vs. Mach Sakurai is slated for Dynamite!! 2010 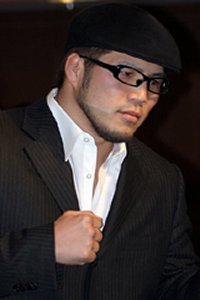 Wherever Mach Sakurai is, Ryo Chonan is close by — probably ordering prostitutes to Vinny Magalhaes hotel room. According to MMA Ironman, Ryo Chonan and Mach Sakurai got drunk and started throwing stuff at people at Dream 11. There, now you share something in common with Mach Sakurai. You can’t really say that you’ve defeated Caol Uno in your MMA debut or brag about how you’ve beaten Joachim Hansen, Frank Trigg, Jens Pulver and Shinya Aoki (twice). The only life path you’ve led similar to Mach Sakurai is getting completely drunk, chucking cups of beer at people then laughing immediately afterward.

There’s one person that we hoped would face Mach Sakurai and now he’s settling all debts, beefs, stolen titles, missed opportunities, misplaced anger and potential kinetic force in the ring on New Years Eve at Dynamite!! 2010. According to a recent tweet (twat?) from Jason High, he will be banging against Hayato Sakurai in just over two weeks in FEG’s final card of the year. The contract hasn’t been signed, but according to sources close to DREAM, the welterweight bout will take place and someone will leave the Saitama Super Arena with a broken nose and a bruised ego — luckily it won’t be me (this time). 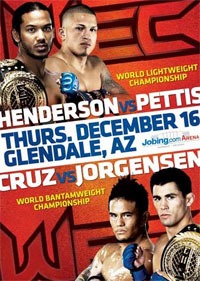 The end of WEC is synonymous with the end of our universe
Read Next Post →
Click here to cancel reply.