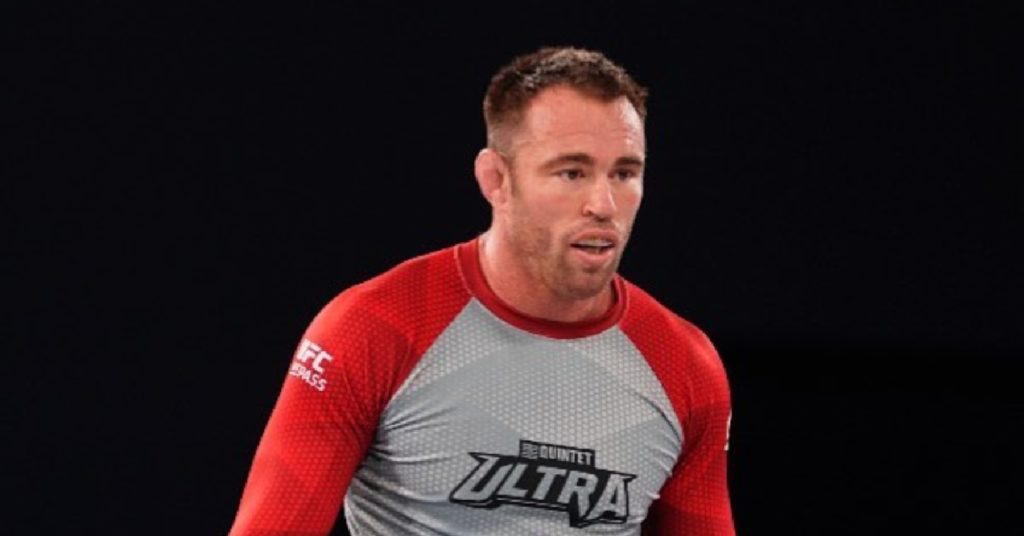 By far, this weekend’s UFC 251 event has had the most shake-up due to the current global health crisis. However former UFC welterweight Jake Shields believes that the UFC may be overreacting to things.

Over the course of his lengthy career competing in MMA, Shields reached some of the highest points of the sport. Going from Elite XC champ to Strikeforce champ, and fighting for UFC gold, he was one of the best in the 170lb division at that time. Although things fell off pretty drastically at the latter stages of his career, there was never a time that the California native was an easy fight for anybody.

Jake Shields Disagrees With How The UFC Is Handling COVID-19

With the UFC moving to Fight Island for UFC 252, as well as several subsequent cards, there is a high level of testing in place to make sure that the fighters are not carrying coronavirus. As a result, several fighters and coaches have been pulled from their fights, despite oftentimes having no symptoms. This precaution is something that Jake Shields feels is going too far. Taking to Twitter, he explains that he thinks people are just scared of this virus, and that they should still be able to fight or coach.

“Four fighters and four corner men pulled for COVID-19 yet they all felt good enough to fight or corner. Maybe it’s time for healthy people to stop being scared of This virus”

Four fighters and four corner men pulled for COVID-19 yet they all felt good enough to fight or corner. Maybe it’s time for healthy people to stop being scared of This virus https://t.co/K4FXLOfIhP

To put it quite bluntly, there is no way to overstate how horrible of an idea it is for the UFC to let these athletes continue, as Shields suggests. Not only would it be a horribly bad move from a PR standpoint, but you are putting people legitimately at risk. It is not necessarily about how you feel, it is a matter of who you can spread it to that could be affected, as the MMA community saw when Khabib Nurmagomedov’s father recently passed due to complications from this disease.

At the end of the day, Jake Shields is entitled to his own opinion on what is going on in the world. Nevertheless, there seems to be essentially no way that the UFC lets people who test positive participate in events, at least at this current point in time.