I woke up today to find a roach sharing the half eaten Snicker’s bar I left on my desk. When you have to share your food with an insect that can withstand the blast of an atomic bomb, it’s a definite honor. Such an honor that I decided to give the roach the entire Snicker’s bar as a sign of respect of his post-apocalyptic survival skills. In fact, Survivorman has nothing on the roach. We should erect a monument to the rawesomeness of a roach and it’s ability to eat my Snicker’s bar and place this monument…in your house. Normally this would have ruined my day but I just received a press release that Ronaldo ‘Jacare’ Souza has been signed to Strikeforce and will have his first fight this fall.

Souza is expected to fulfill the first fight on his contract in the fall.

“I am very excited that I will have the opportunity to fight in STRIKEFORCE amongst many of the world’s best middleweight fighters,” said the 29-year-old Souza, a native of Brazil, established his position as a top tier middleweight last year after placing second in the 2008 Dream Middleweight Grand Prix single elimination tournament in Japan.

“STRIKEFORCE has an extremely deep roster of top middleweight fighters.  I am looking forward to the challenge and to taking my career to the next level.”

Strikeforce is really, really starting to get some deep middleweights. More good news originating from the MMA world, if this roach could understand English I would let it know but instead I’ll take this shoe and smack the hell out of it. Circle of life. 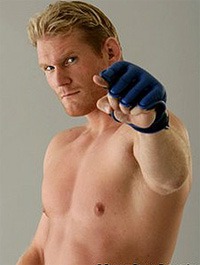