Israel Adesanya says that he wants to test himself against wrestling-centric fighters, and Chris Weidman willing to give him the chance 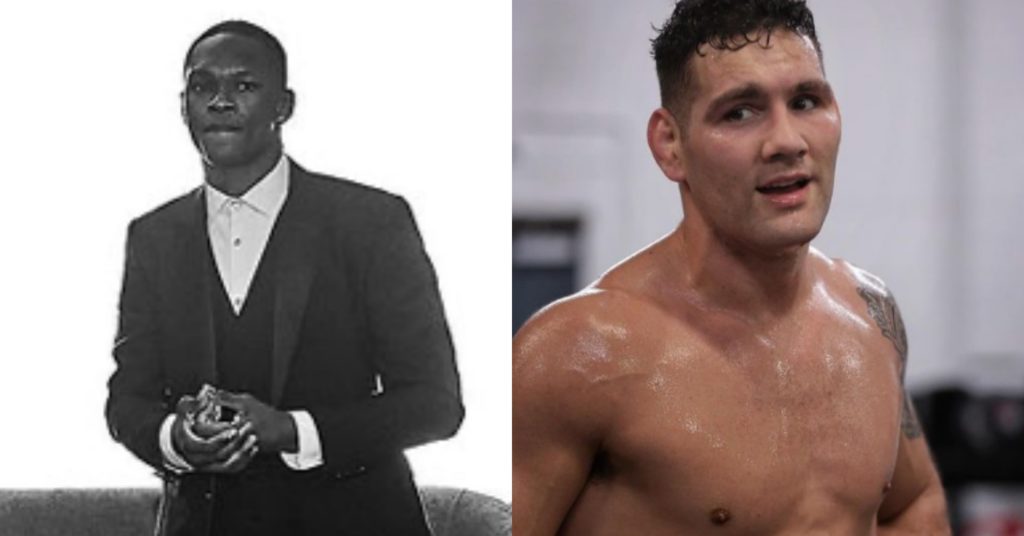 Israel Adesanya is apparently not very happy with the fact that he has been facing mostly strikers in his recent UFC outings. If he wants to take on a wrestler, then Chris Weidman is willing to help him out with those endeavors.

There is a pretty decent argument to make that Adesanya is the best striker in the UFC right now. He had a decorated kickboxing career before moving to MMA, where he has used his striking prowess to earn an undefeated record of 20-0 and a middleweight title. Whether he faces brawler Paulo Costa or technical striker Robert Whittaker, Izzy seems to neutralize his opponents and take them out of his element.

Israel Adesanya Wants To Be Wrestled

Despite his striking skills, Israel Adesanya has been working hard to round out his game. He recently earned his BJJ purple belt, and is looking for the opportunity to try out his grappling in the Octagon. Speaking recently in an interview, the Last Stylebender said that he hopes to face someone who will wrestle him, so he can choke them out.

“I hope they start shooting on me more cause I want to choke somebody out,” Adesanya said. “I mean people were shooting on me at the beginning of my UFC career, and then they realized, ‘We can’t be doing that, f**k it let’s strike, oh we can’t do that [either].’”

Someone with a strong wrestling pedigree, who has been campaigning for a fight with Israel Adesanya, is former middleweight champ and NCAA All-American Chris Weidman. Following these comments made by Izzy, Chris took to his Twitter to mock the champ. He thinks that Israel is only saying these things to make people not want to take him down.

“Does he think that reverse psychology is really going to work

Does he think that reverse psychology is really going to work 😂 https://t.co/ccnBMid7D9

This is probably a ploy from Chris Weidman to continue building a rivalry with Israel Adesanya. That being said, there are some people who feel that Chris’s wrestling could be a problem for the champ. So it would be interesting to see, and at a bare minimum have Izzy’s BJJ skills put on display.