Ion Cutelaba Tests Positive for COVID-19, His Rematch Against Magomed Ankalaev Is Pulled From UFC Vegas 8

The rematch between Ion Cutelaba and Magomed Ankalaev scheduled for tonight, has been pulled from the card after Cutelaba tested positive to Covid-19 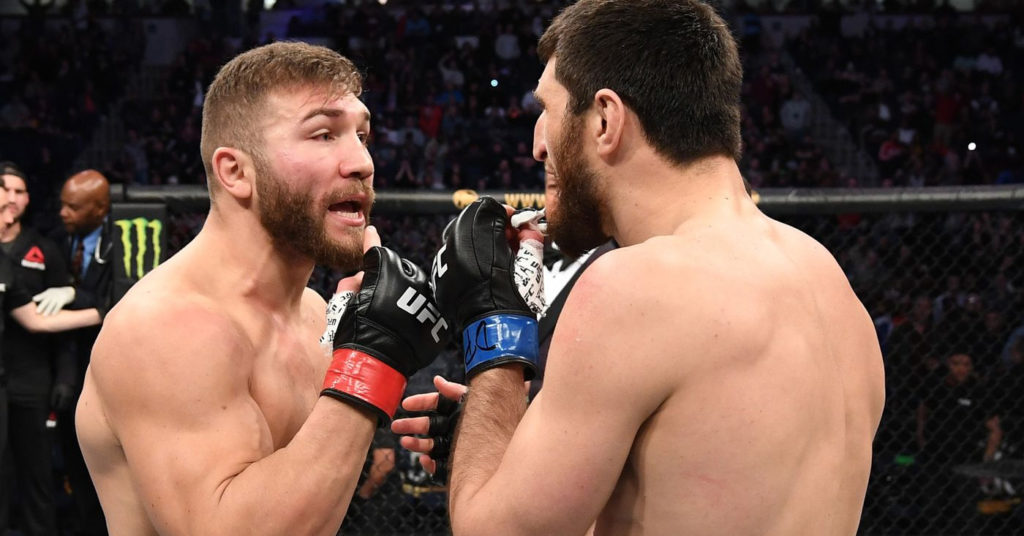 After a first fight cut short due to a premature stoppage, the UFC has been trying to make the rematch between Ion Cutelaba (15-5-1NC) and Magomed Ankalaev (13-1) happen. But luck hasn’t been on their side.

The rematch was already booked once for UFC 249, but the event was canceled. The UFC tried again on August 15 but the fight was pulled after Cutelaba tested positive for Covid-19. Seeing the persistence of the fans and the fact that both men were eager to fight, the company tried to book the fight yet again. But this time another positive test to Covid-19 has forced the UFC to remove the fight from tonight’s UFC Vegas main card.

A statement released by the UFC, the fight between Ion Cutelaba and Magomed Ankalaev has been pulled from the card due to a positive COvid-19 test. The company will look to reschedule the bout. The UFC also updated the card without the light-heavyweight bout on Twitter.

Due to a positive COVID-19 test, Ion Cutelaba’s light heavyweight bout against Magomed Ankalaev has been removed from today’s card and will be rescheduled for a later date.

An update to tonight's card.

The fight between Robbie Lawler and Neil Magny will be the co-main event of UFC Vegas 8.