Invicta FC 10 has the potential to be the Royal Rumble 1992 of MMA shows Friday night from the Arena Theatre in Houston, Texas. According to the prefight hype pictures Invicta FC has sent out all week, the all-women’s promotion’s 10th event may not even have room on its card for Jake “The Snake” Roberts, Sgt. Slaughter, or The Warlord.

Already 2-0 under the Invicta FC banner, Tonya Evinger could make even more waves if she is able to defeat Cindy Dandois. With her best Stone Cold Steve Austin tribute in both hands, Evinger could become legendary if she started a feud with Invicta FC president Shannon Knapp, adapted the Stone Cold Stunner for MMA, and chugged beers post fights.

Fan favorite Roxanne Modafferi returns to the Invicta FC cage for the second time in her career on Friday. With a Goku inspired Dragon Ball Z Gi in tow, Modafferi will harness all her energy towards a victorious finish inside the cage. If Modafferi lands the Kamehameha during the fight, the Fight Pass feed may implode onto itself and MMA technique will be forever changed.

On the opposite side of the cage from Modafferi will be Louisiana fighter Andrea K. Lee. Nicknamed KGB, Lee could run with the Russian double agent with a highly particular set of skills or American cowgirl persona depending on the situation. Donald Cerrone and his cowboy hat have already ridden his walkout gear to a Texas Tornado level of recognition.

If Lee rides an actual live horse to the cage at Invicta FC 10? Sorry Cerrone; game, set, and match in favor of KGB.

The highly unofficial main event of Invicta FC 10 walkout trading cards features Rachael Ostovich versus Evva Johnson in a flyweight bout. Ostovich may have stolen the show with a full on Wonder Woman outfit. Johnson counters with a badass turquoise gi coupled with the classic hands on chin puppy dog eyes picture pose.

The only way Ostovich could break this tie would be if she traveled to all her Invicta FC fight week events exclusively via an Invisible plane. In this scenario the only move left for Johnson would be to walk to the cage as 1992 WWF superstar Repo Man (Woman?) as she repossesses all of Ostovich’s super hero items.

An Invisible plane with a parking boot can’t fly. 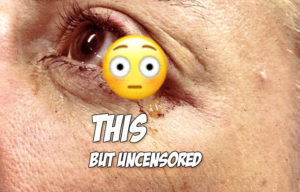 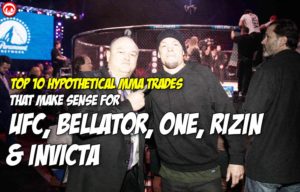 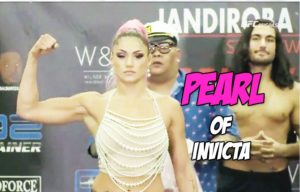 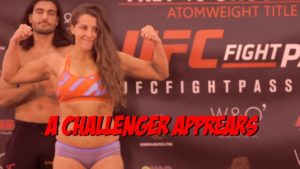 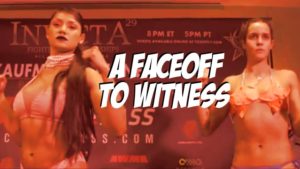 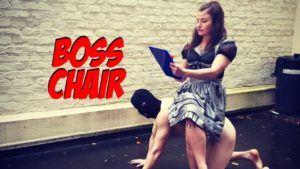