If you want to see Fedor vs. Bigfoot Silva, your wish may come true on Jan. 29th

If you take the term ‘goat’ and make a new word from each letter in order to formulate a phrase, you will conclude that ‘greatest of all time’ tends to fit perfectly. You could also substitute the acronym ‘G.O.A.T’ for ‘Fedor Emelianenko’ and have the same desired meaning. Unfortunately, the ‘greatest of all time’ is coming off a seemingly unpredictable loss which may have some questioning whether or not he truly is the ‘greatest of all time’. That’s why a fight with the former EliteXC champion, Bigfoot Silva (as reported by MMAWeekly), makes complete sense. No seriously, it really does.

I’ve long held that if a fighter is finished within a fight, then a need for an immediate rematch is arbitrary. It’s the equivalent of someone beating Mike Tyson’s Punch-Out without losing a single round, and then being forced to do it again when there’s clearly evidence that the person has already accomplished the feat. In my time on this vast planet, I’ve only seen that achieved by one person, and he did it shirtless while rocking a 40oz of Mickey’s. I no longer need to see the impossible replicated consecutively, it’s already happened. Therefore, if Fedor were granted an immediate rematch with Fabricio Werdum, it would essentially discredit Werdum’s incredible victory over The Last Emperor.

Now, as far as the fight the entire MMA world wants to see, it just can’t be assembled without Strikeforce losing a monumental amount of credibility. We can all agree that Alistair Overeem vs. Fedor Emelianenko would be the equivalent of Green Lantern facing off against Superman for supremacy over the Justice League of America, but as we learned with Brett Rogers at Strikeforce: Heavy Artillery, you can’t give a title shot to someone coming off a loss. Technically, Bigfoot Silva lasted a lot longer against Werdum than Fedor did — which apparently imbues Fabricio with the title of ‘The Baddest Man on the Planet’ (we also carry his super rare ‘Vai Cavalo’ shirt in WorldOverEasy).

Bigfoot Silva vs. Fedor Emelianenko going down at Strikeforce on January 29th makes sense. Fedor is coming off a loss, which is an incredible thing to say, but does not negate the fact that it is a true statement. It’s safe to assume this bout will be for a title shot at the Strikeforce heavyweight belt, just after Fabricio Werdum vs. Alistair Overeem goes down at some point in the near future — at least, let’s hope so. [Source] 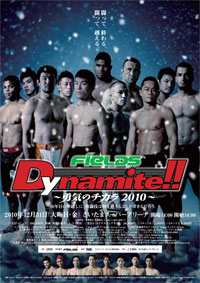