If you’re in Las Vegas for UFC 141, MiddleEasy has your after-party plans set

Judging from all the people I’ve seen wandering throughout Las Vegas with their various MMA shirts of choice, a lot of you guys are patiently waiting to see what happens when Alistair Overeem and Brock Lesnar clash inside of a loosely reinforced steel cage. We’re all curious. Realistically, what will happen to finely woven steel when nearly 600lbs of man meat is slammed into it with the force of a particle accelerator? We’ll know in a few hours, but in the meantime you guys should get acquainted with the LAX nightclub in the Luxor. That’s where the MiddleEasy crew (and friends) will be partying tonight. Oh, and two guys named Erik Apple and Jake Shields will be there. I heard they’re fighters, but let’s face it, you all want to see us.

Be there at LAX nightclub just after UFC 141 to partake in all the festivities. LayzieTheSavage will be there, as well as some guy named ‘Zeus.’ 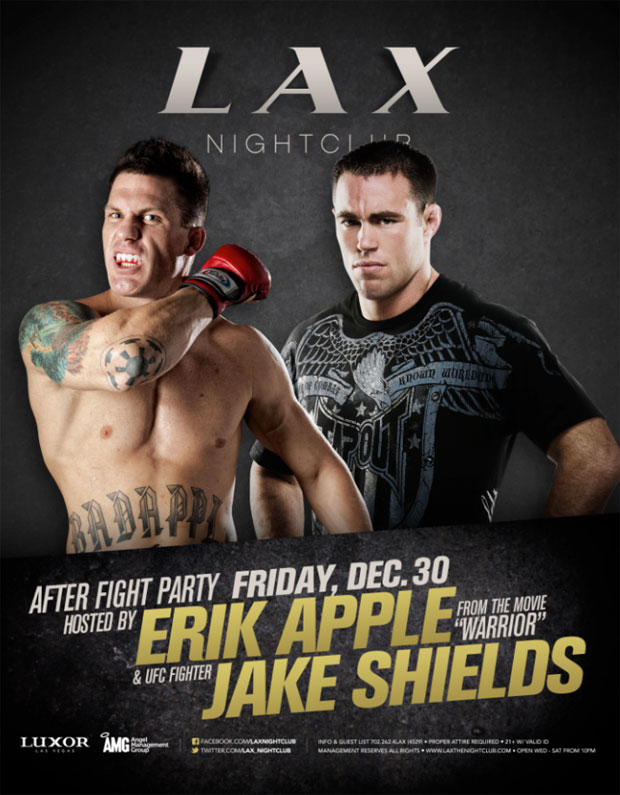