If you didn’t think the Dream 14 intro was the trippiest thing you’ve seen, we have the video

The ‘buttered shrimp’ economy at Red Lobster would be out of business if someone would just make shrimp flavored butter. It’s a good way to circumnavigate your dietary needs and just go for what matters most. Sort of like the intro at Dream 14. Screw subtle artistic hints at implied meaning. Japan went straight for the jugular. Starting off with a Bjork remix with the words ‘Don’t let them do that to you’ and ‘Declare your independence’, Shinya Aoki’s defeat at Strikeforce Nashville played on the giant HDTVs at the Saitama Super Arena. Video footage of Pearl Harbor then followed with the words ‘Raise your Flag’ almost as if to say ‘Yeah, you defeated our biggest MMA prospect, but we did bomb your military base in Hawaii’. Here’s an idea for the intro of the next Strikeforce card. Show footage of the atomic bomb blowing up in Hiroshima and Nagasaki with the words ‘LOL! Remember that!!1’.

No, don’t do that Scott Coker, that would just be an incredibly ignorant thing to do (but jawdropping nonetheless). Check out the Dream 14 intro that you vaguely remember seeing at 3:30 in the morning. Oh, and someone was fired at the 7:37 mark. 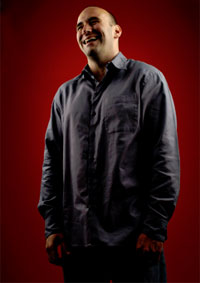