If every UFC 157 prelim fighter made a promo like Finland’s Anton Kuivanen, the world would be perfect

That’s right, there would be no poverty, North Korea would chill with the nukes, the national deficit would be erased, and Liberia wouldn’t be such a post-apocalyptic cataclysm of cannibalistic screwedupness that it is today if every UFC 157 prelim fighter cut a promo like Finland’s Anton Kuivanen.

It’s as simple as that.

All of you prelim fighters have a chance to change the world, but you choose to endlessly train and adhere to a strict diet. That’s pretty selfish of you. All of you (even you Court McGee). If all of you would just follow the way Anton Kuivanen is promoting his UFC 157 fight against Michael Chiesa then we can finally get some of that world peace that all these religions have been talking about for centuries. Check it out below.

Update: This is what Michael Chiesa tweeted regarding the bizarre video. 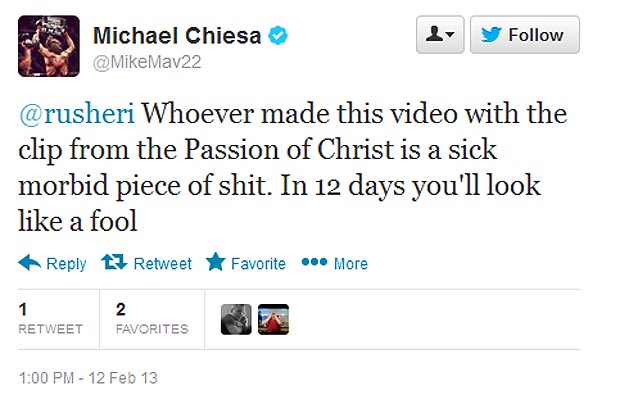 I bet you didn't know a rainbow-haired Michael Bisping fought Cyrille Diabaté in a kickboxing match in 2005
Read Next Post →
Click here to cancel reply.