If eight-years-old is too young for MMA, then tell that to the people of Lancashire, England

A couple months ago I realized the world has given rise to a new generation of kids that will never have the opportunity to play a coin-op arcade. They will never know the exhilaration you get when your mother forks over a few bucks, drops you off at the local arcade and you have to build the courage to place your quarter on the arcade cabinet to let everyone know you believe you have the expertise and gaming knowledge to defeat whoever is currently rocking the joystick. Screw puberty, boys turned into men back in those days, all in front the warm glow of a Hyper Street Fighter 2 screen.

Those coveted days are gone. Now it looks like kids are filling in their freetime by pummeling each other inside a cage — well, at least in Lancashire, England. On September 10th, something called Rep Retribution went down which featured an MMA bout between two eight-year-olds. Since the bout, it appears that ShareFight.com (the crew assigned to film the event) has removed the video from their YouTube page. However, DailyMail.co.uk managed to grab a few screenshots of the fight.

Let’s be clear, when it comes to ultra-violence and competitiveness for eight-year-olds, everyone at MiddleEasy is perfectly fine with it. However, it’s clear that the guys at Reps Retribution are crossing the line when at the end of the bout, the referee raises both hands of the pint-sized competitors. Look, you have a winner and a loser. None of this ‘everyone wins’ nonsense. Let’s instil the values of disappointment, heartbreak and frustration within these children. You know, the Western way. [Source]

Update: Just informed the bout wasn’t a ‘cage-fight’ at all. It was a grappling match, it’s just the UK media friggin’ sensationalizing everything. Damn you UK. How about you guys go hack a few more phones, and while you’re at it, I want the thief that stole my luggage in 2008 inside an airport to return my stuff. Thank you. 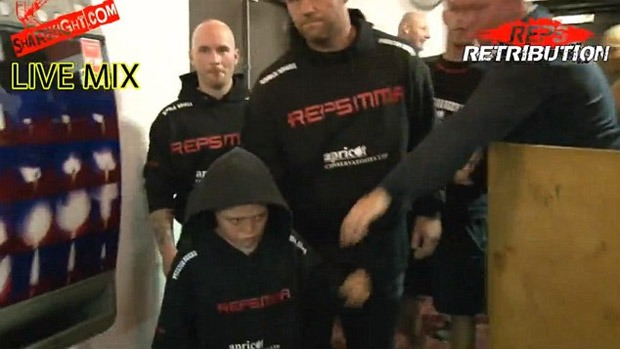 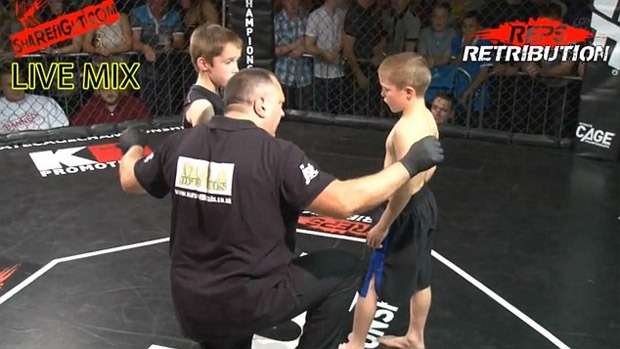 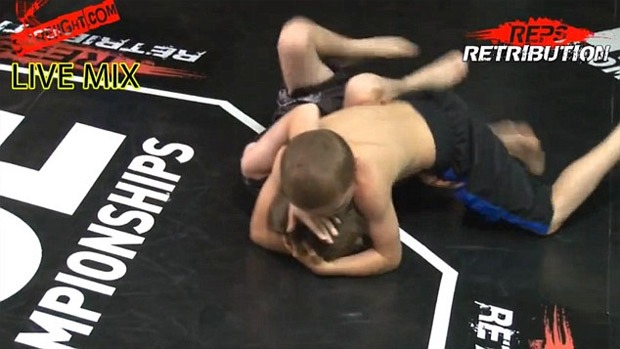 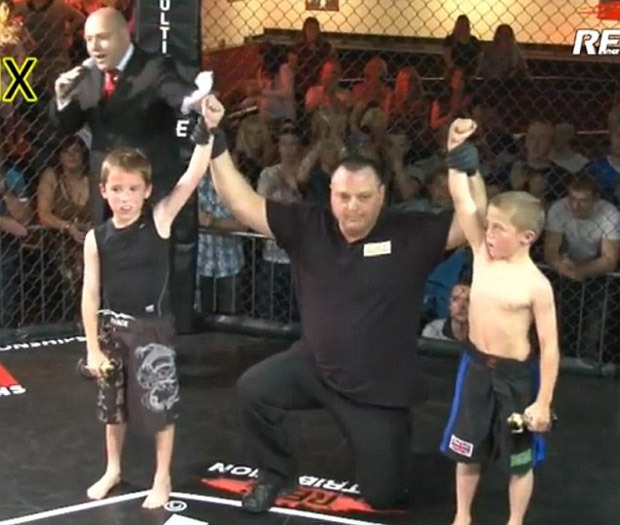 Vitor out with an injury, Cung Le vs. Wanderlei Silva set for UFC 139
← Read Last Post