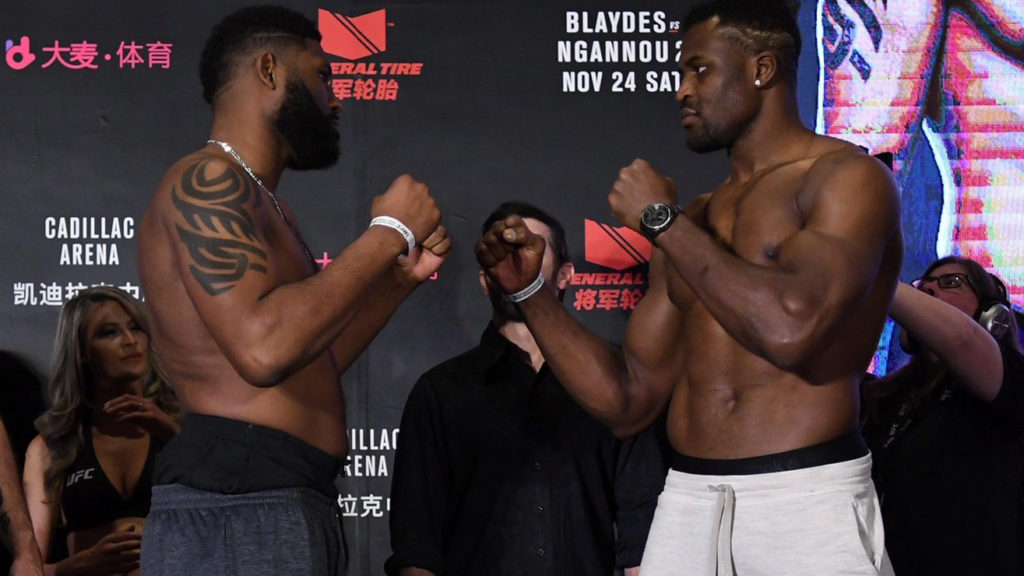 How To Watch UFC Beijing: Blaydes Vs. Ngannou 2

UFC is returning to business on (Sat., Nov. 24, 2018) with its UFC Fight Night 141 event from inside Cadillac Arena in Beijing, China. The preliminary card bouts will kick off at 3:15 a.m. ET on UFC Fight Pass and the four-fight main card streams on UFC Fight Pass at 6:30 a.m. ET

In the main headliner, former UFC heavyweight title challenger Francis Ngannou looking to snap a two-fight losing streak when he clashes against formal rival Curtis Blaydes in a rematch as ‘The predator’ won their first outing by TKO back in 2016. Meanwhile, in the co-main event heavyweight contender, Alistair Overeem will face undefeated Russian newcomer Sergey Pavlovich.

Check out all the ways how to watch UFC Beijing at UFC.com list.