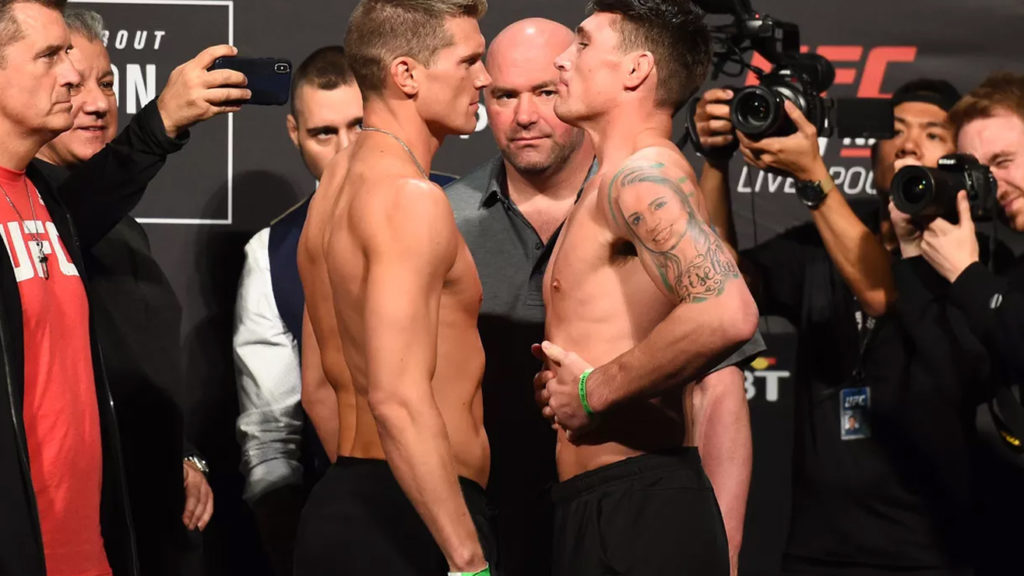 In the main headliner, former two-time welterweight title challenger Stephen Thompson will clash against rising star Darren Till in a catchweight bout since Till was overweight at Saturday’s weigh-ins. Meanwhile, co-main includes a welterweight veteran Neil Magny looks to win his second straight against late replacement Craig White.

UFC Liverpool main card starts at 1 p.m on FOX Sports 1. ET, while preliminary-card (undercard bouts) will be split broadcasted on FOX Sports 1 at 11 a.m. ET and the UFC Fight Pass, at 10:30 a.m. ET.

Check out the full fight cards and results below:

Neil Many Def. Craig White via TKO (knee and punches) at 4:32 of Round One

Arnold Allen Def. Mads Burnell via submission (ninja choke) at 2:41 of Round Three

Claudio Silva Def. Nordine Taleb via submission (rear-naked choke) at 4:31 of Round One

Darren Stewart Def. Eric Spicely via TKO (punches) at 1:47 of Round Two

Tom Breese Def. Dan Kelly via TKO (punches) at 3:33 of Round One