Due to strict quarantine rules, Hooker won't be able to go home to New Zealand until early March. 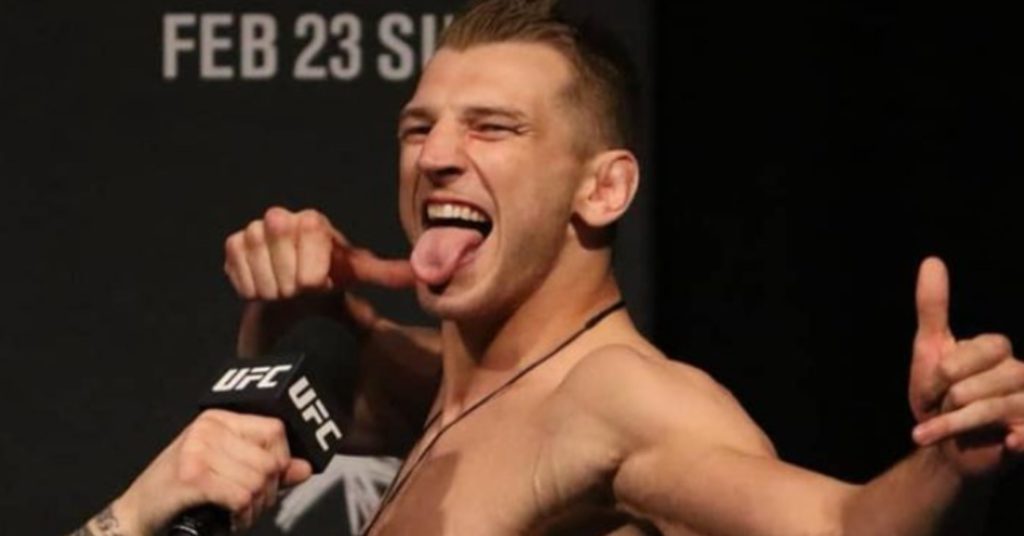 Dan Hooker will be making a big sacrifice when he competes at UFC 257 later this month.

Hooker returns to action when he welcomes Michael Chandler to the promotion in a lightweight bout that will feature as the co-main event of the pay-per-view card taking place January 23 in Yas Island, Abu Dhabi.

However, because he hails from New Zealand — one of the few countries that has managed to effectively deal with the ongoing COVID-19 pandemic — that means stricter quarantine rules are in place.

As per MMA Fighting’s Damon Martin, Hooker will have to remain in quarantine in Abu Dhabi for a month after his fight against Chandler. Additionally, he will have to do another two-week quarantine once he actually lands in New Zealand.

“This is commitment to fighting…Dan Hooker just told me due to quarantine rules, he will have to stay in Abu Dhabi for a month after #UFC257 before returning home to New Zealand where he will do another 2 week quarantine.He won’t actually get home until around March 3. 1/2

“The plus side is New Zealand has pretty much eradicated the coronavirus.Dan told me life has completely returned to normal there. No masks, events are being held with 20,000 or 30,000 fans in attendance, etc.#UFC257”

The plus side is New Zealand has pretty much eradicated the coronavirus.

Not The First Time Hooker Is Making A Sacrifice

Hooker would confirm the same on social media soon after.

Of course, this isn’t the first time Hooker will be going through this.

Following his five-round war with Dustin Poirier in June, “Hangman” had to remain in quarantine for two weeks after returning home to New Zealand which meant he couldn’t meet his daughter.

Only this time, he will have to wait a month before actually returning home. As previously mentioned, this is commitment to fighting.

Dana White Says Jones vs Adesanya Should Be At Light Heavyweight, Questions If Jon Will Return To 205
Read Next Post →
Click here to cancel reply.