Cris Cyborg dominated overmatched foes for so many years, it became hard to tell how she would respond to a competitive fight.

Since losing her first ever pro MMA fight back in 2005, Cris Cyborg has been the definition of a wrecking ball whenever foe has dared to stand in her way.

She incredibly retains her featherweight title on Saturday night at UFC 219.

The five-round fight was the longest of Cyborg’s fighting career.

Former bantamweight champ Holly Holm would’ve been claimed the new UFC women’s featherweight title if she had won the fifth round on two judges’ scorecards at UFC 219 headliner Saturday, December 30.

UFC 219 Judges Dave Hagen and Chris Lee had the fight tied up after four rounds, giving Holly Holm the first and the second while Cyborg took the third and fourth. Cyborg secured the fifth round, though, giving her a first successful title defense.

Check out the judge’s UFC 219 scorecard below. 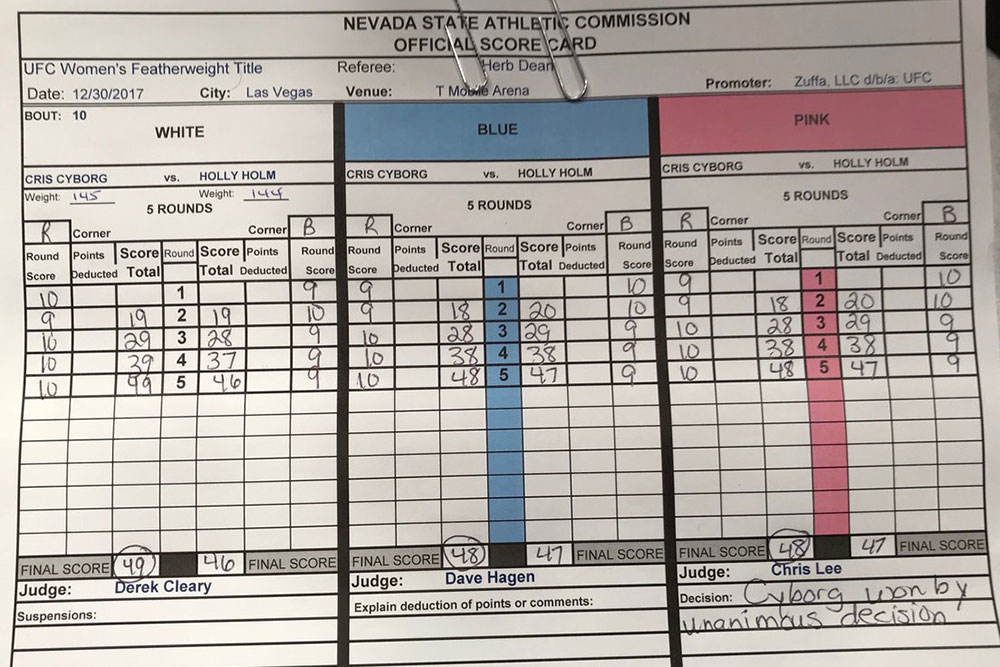