If you take someone’s nicknames literally, you probably don’t know exactly how to comprehend “The Dreamcatcher”. Most of you don’t even know what a dreamcatcher is, do you? It’s something you hang over your bed that looks like a tennis racket with feathers on it that lets good dreams pass through its webbing. It also catches all the bad dreams and destroys them when the morning sunshine hits it. It’s like that scene in True Blood when that vampire decided that eternal life was over-rated and stood on the rooftop until the sun came out. He went out like a straight baller.

Gegard Mousasi trains with Fedor and a clan of dudes from Holland that look more like Ninja Turtles than they do humans. You’ll have a hard time finding a guy more well prepared than The Dreamcatcher in all aspects of his fight-game. It’s no coincidence that he’s riding a 15 fight win streak into his fight with King Mo Lawal on April 17th. Whatever you do, you don’t want to make him angry.

Check out Mousasi’s manager, Apy Echteld (the same guy who Bas Boon claims ripped him off back in Pride), issuing King Mo a stern warning. [Source] 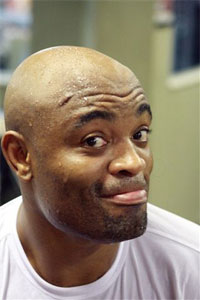