Just a few hours ago, NickDiazPromotions.com went live and featured a plethora of information and tidbits that you can only expect from a guy that coined the phrase ‘Oh, so we’re throwing spinning sh*t?’ While a video trailer has been released, we can’t embed it on MiddleEasy due to domain restrictions set forth by Nick Diaz himself. Don’t be scared to promote your trailer by letting other sites embed it, homie. However we do have some interesting notes regarding War MMA.

We’re not sure what the drug testing situation will be at War MMA, but don’t be surprised if twenty-four bottles of water are provided for each athlete after their bout. Check out the poster of the first show of Nick Diaz’s ‘War MMA’ below 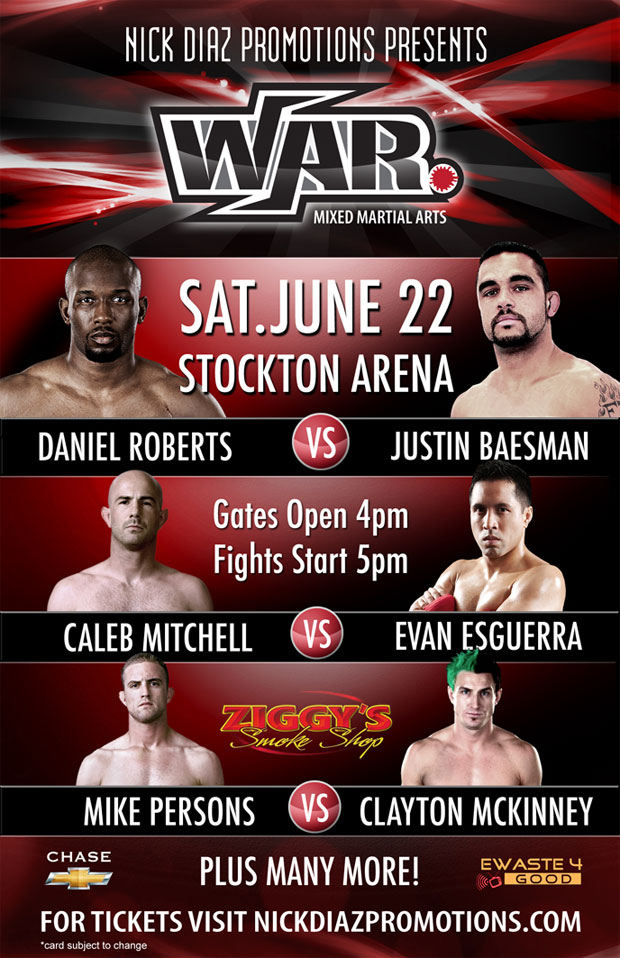 Josh Barnett vs. Frank Mir at UFC 164 should give you a warm and fuzzy feeling inside
Read Next Post →
Click here to cancel reply.