You guys continue to blow us away with your formidable creativity when it comes to idolizing our favorite MMA fighters and their facial hair, and the official MiddleEasy reader tribute to Don Frye’s mustache is proof that the MiddleEasy community is not to be effed with. I knew this would be a hard contest to judge, and even harder to win, I couldn’t just give away an entire series of Round 5 collectible dudes without being seriously impressed, but the volume of so many solid entries, including rap battles, limericks, epic poems, a haiku or five, tons of photoshops, a .gif from Zombie Prophet…Man, it’s a shame I could only choose a single winner.

Below are some of the best tributes to Don Frye’s ‘stache. I wish I could have published more, and there were a lot of great ones I had to omit due to the length of the article, but don’t worry: Don’s mustache is looking down on all of you, wherever you are. Thanks to everyone. Here we go. 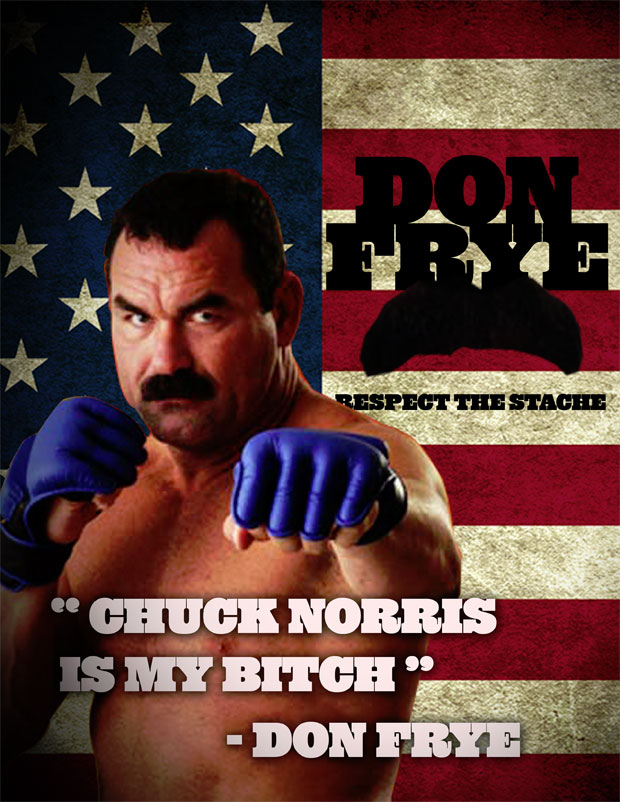 Let me tell you the legend of a man named Frye. It’s the story of a unique, intimidating guy.
Opponents would quiver with fear every time ol’ Don would come near.
They all knew he was going to kick their ass but the real fear was because of Don’s epic ‘stache.
No cop or porn star could ever compare when it came to the most spectacular of all lip hair.
Don Frye’s mustache could bench 350 and that’s no croc, it has 3 DUI’s and 8 kids born out of wedlock.
It has poorly been compared to that of Tom Sellick but let’s face it, that guys facial hair is a relic.
Frye’s ‘stache is still going strong, it has rubbed against coochies more times than Tommy Chong has hit a bong.
If you don’t believe me just ask Chuck Norris…his beard once battled Don’s ‘stache to no avail. The ‘stache was victorious and Chucks beard turned from ginger to pale.
So now you know it’s not Brian Wilson, Uncle Creepy or ZZ Top, when it comes to facial hair…Don Frye will always be on top. 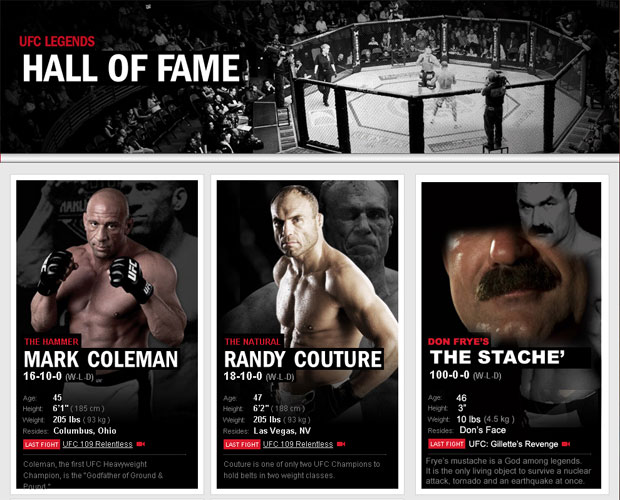 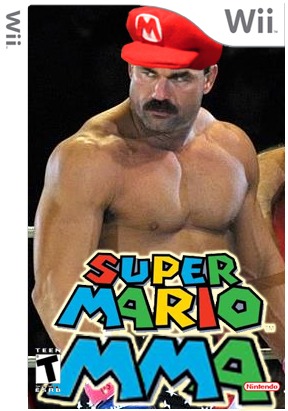 Don Fryes stache is indescribable. He’ll spit more knowledge at you than the Bible will. When he steps into the cage, its a time to kill.

Wrestling champion, send you in a ambulance called campion.The rawest rawesome ravager hunt meat like a scavenger. Always the champ never a challenger.

His mustache is full like his dates vagina, he banged bitches from Brazil to China. If you an ugly ho, he will decline ya.

His mustache is pefect, regal and respectable. Fuck with Don he’ll grab yo nuts smash your testicles. End up using your girl for a semen receptacal.

Don you know your my ace, you’ve got the best hair on your face, in a contest Magnum PI comes it second place.

I don’t mean to come and upstage just,
That mustache is damn contagious.
Didn’t you see Hawtness vs The Predator?
Yeah that shit was so courageous.
I’m not sayin it was the stache, how could that possibly save us?
Yakisoba and Wrestling? Dont Frye you’re outrageous.

This “Frate Trane” list must be bought off or sponsor paid.. Should read: “Don Frye’s Mustache” where Alistairs names displayed. It never took roids, and grew long full and thick. His superior mustache > your inferior prick.

And Don Frye, he means more to me,
We were born simultaneously
this metaphyisical mustache
has become quantum calamity.
Does it still exist when we turn off tv?
Infinitely yes no or it’s a possibility. 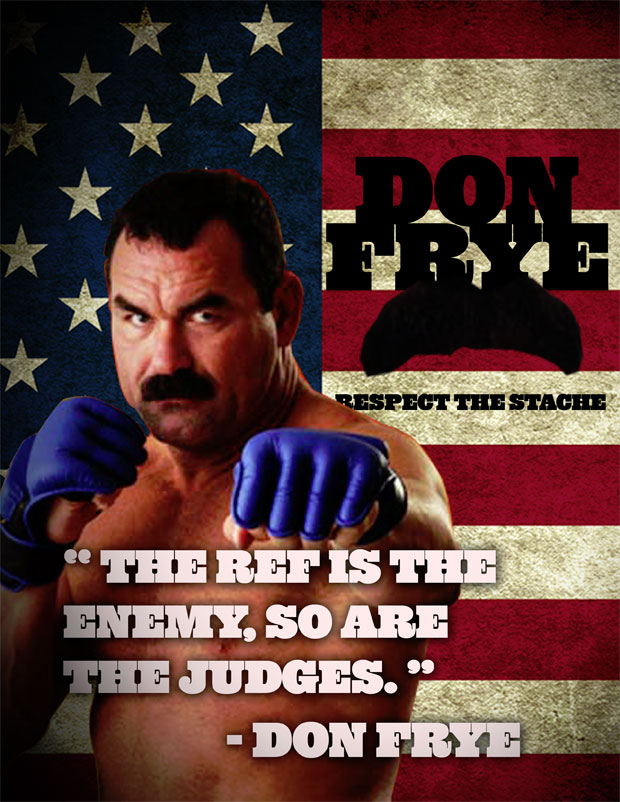 Frye leaves grown men just crying for their mama
Who could ever forget the epic slug fest with Takayama?
A brutal beatdown ref had to seperate them like a comma

Frye’s a true Predator those ugly aliens ain’t got shit
one look at his well groomed stache would make them quit
saying abort abort yo we gotta get back to the ship!

Their is one sure way to always remember his name
can’t believe it hasnt happened yet it’s such a shame
C’mon UFC man up and put this guy in the hall of fame! 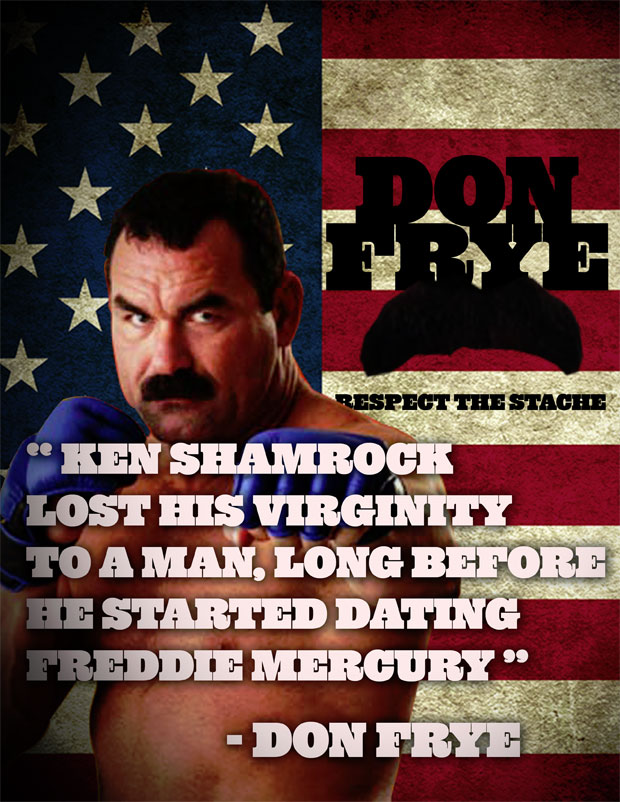 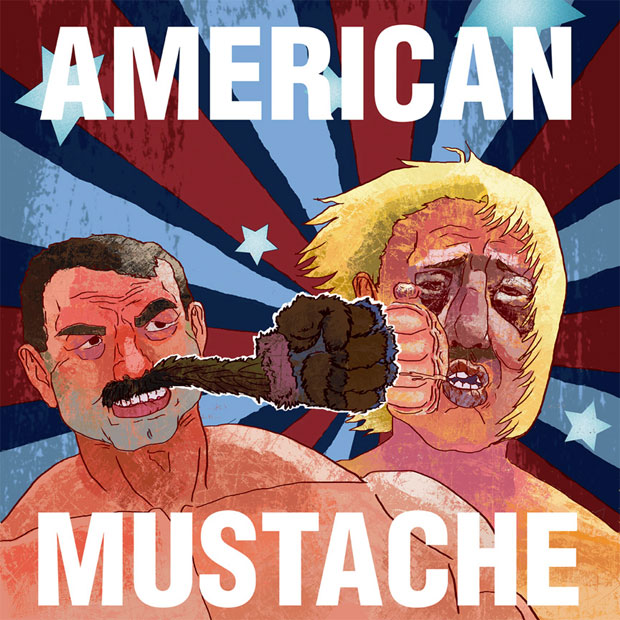 Thanks to everyone who participated. I’m sure Don is growling with approval as well.

Let Mayhem Miller tell you about the beginning of his bromance with Mark Munoz
Read Next Post →
Click here to cancel reply.