Henry Cejudo: I Am ‘The Only Reason’ Deiveson Figueiredo Is Champ; He Is Babysitting The Title 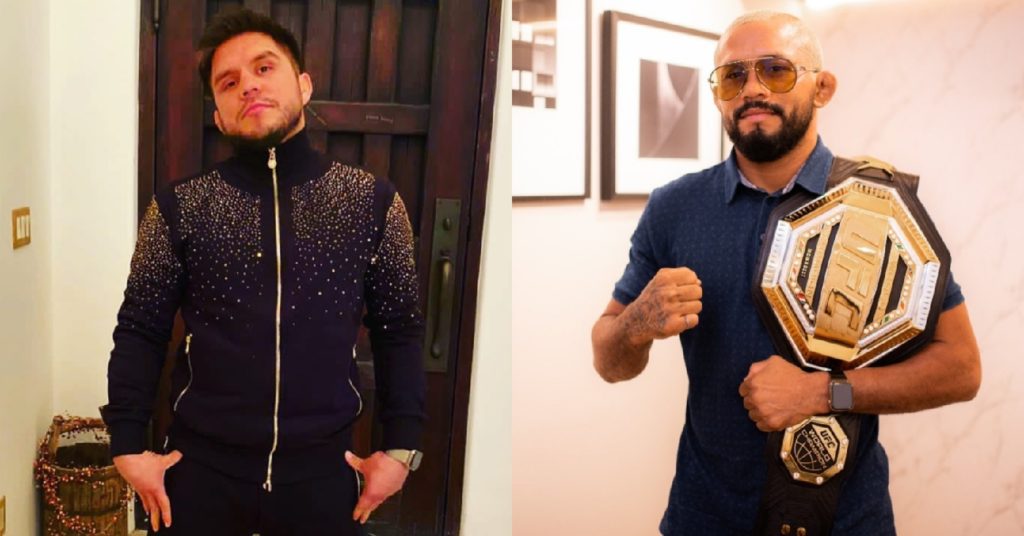 After Henry Cejudo vacated his flyweight title, Deiveson Figueiredo capture the belt in his absence. However Triple C is not particularly impressed with what he has seen from the new champ.

When Cejudo captured the UFC’s flyweight title, he did so in spite of the UFC looking to dissolve the division. It would be fair to say that he brought enough attention to the flyweights, before he became a champ-champ at bantamweight and got stripped of the 125lb title, that it actually saved the division. Now Deiveson Figueiredo has picked up that mantle, winning the title and defending it in quick and dominating fashion.

Figueiredo is now set to make a quick turnaround to face Brandon Moreno in the last UFC PPV of 2020. Speaking in a recent interview, Henry Cejudo assessed the performance of the new champ, and said that he is not very impressed. Not only that, but he thinks Moreno has a good chance of  beating the Brazilian.

“The only reason why Deiveson Figueiredo’s there is because of me,” Cejudo said. “To me, he’s the lord of nothing. I’m the one that gave him that position. I’m allowing him to babysit my belt and he’s being a pretty good babysitter in my eyes.

“I’ve been watching the fights. I’m still a fan of the sport. I enjoy watching these guys but I think more than anything, I’m actually a critic,” Cejudo continued. “Every time I watch the fights I just look at things the fighters are doing wrong and when I see that, even with Deiveson, this is why I think he’s gonna have a hard time and potentially even lose to Brandon Moreno. All you have to do with a guy like Deiveson Figueiredo is make him grapple for that first round because he’s cutting a lot of weight. By the time that second, third round hits he’s gonna start having that heavy muscle. So I’m actually gonna pick Brandon Moreno, which, he sucks too, but I’m gonna pick him to beat Deiveson Figueiredo on December 19th.”

As far as how that fight will go, Cejudo says that the hard weight cuts of Figueiredo will be what does him in. He thinks that Moreno will be able to use a gameplan that employs heavy grappling early, and get the win.

“It’s because he cuts a lot of weight and he’s gonna feel that,” Cejudo explained. “Remember, it’s not so much the weight, it’s the fatigue that comes in with losing that weight and I still think he’s a little old school with the way he does it. So if I was Brandon, I would capitalize on that. We’re gonna have a new flyweight champion. I know. I do believe that Brandon is gonna beat him. Plus, he used to train with me too, but he knows who the boss is.”

Do you think that Henry Cejudo will be coming out of retirement to try getting his title back from Deiveson Figueiredo? If Brandon Moreno is successful next month, do you think this would convince Henry to fight again?

Henry Cejudo Talks Up TJ Dillashaw Rematch: 'He Knows Who His Kryptonite Is'
← Read Last Post