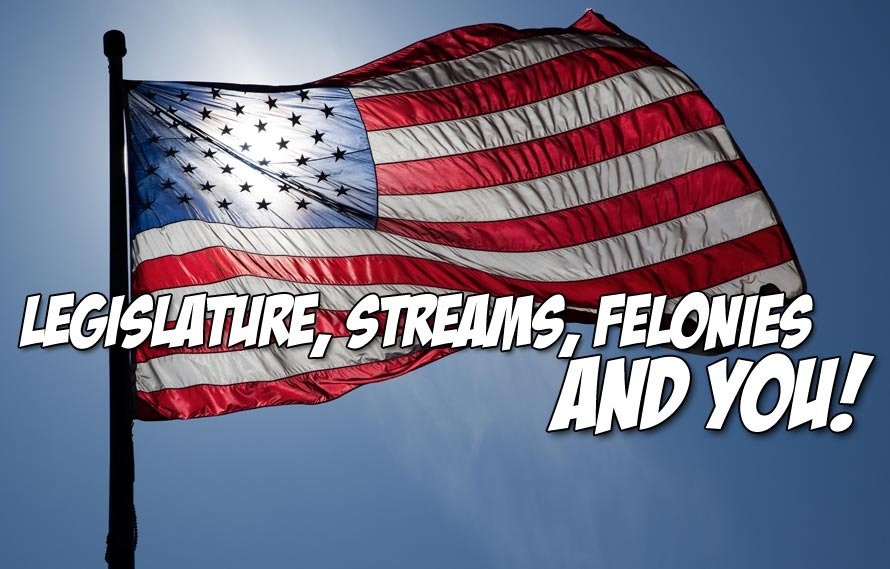 Harry Reid, in accordance with his name, just snapped off a reed at the edge of the legislative pond, slipped buck naked into the governmental waters, and went on a stealth mission to sneak some felony streaming provisions into the then-pending USA Freedom Act.

As background, the Act is designed to curtail the controversially broad surveillance powers the NSA has been enjoying, and it’s been in the Senate’s hands, awaiting approval. Reid’s proposed tag-along would have turned the streaming of infringing works into a felony. That’s a troubling prospect if you’ve been covertly sipping your Mickey’s Malt Liquor in front of a grainy computer screen during UFC events. It would also amount to a freakish jump in the evolution of criminalized copyright infringement, something the White House and Justice Department have so far sought unsuccessfully.

Assuming you are a fan of MMA, you may find it interesting that the author of this particular article allegedly received word that Reid was motivated to include the provision because of his connections with the UFC. He claims the Nevada-based promotion (Reid’s home state) has worked with the Senator on a number of campaigns, and Reid was seeking to inject his surprise provision as a personal favor. And although Reid’s office responded directly to the article, claiming it was spin from parties interested in tanking the US Freedom Act, the author maintains he learned of Reid’s intentions from multiple sources, “nearly all of whom are in favor of the [Act].”

Thankfully, this close brush with surprise copyright reform didn’t materialize into legislation. The USA Freedom Act was voted down by the Senate yesterday, just two votes short of the 60 it needed. That’s bad news if you’re terrified to talk on your cell phone because the NSA is listening, but at least you can hypothetically comfort yourself in front of a Russian stream without worrying about becoming an instant felon.

Uriah Hall goes for a ride along with the LAPD through the streets of south Los Angeles
Read Next Post →
Click here to cancel reply.