Former NFL star Greg Hardy (7-2) was scheduled to face off against the Polish Marcin Tybura at UFC Vegas 17 last Saturday. After a crushing TKO loss, Hardy released a statement on Instagram owning up to his defeat and striving to be better.

When he entered the octagon at UFC Vegas 17, Greg Hardy was riding a two-fights winning streak and seemed like a much better fighter. He even won the first round according to most fans and displayed some improved striking skills and good takedown defense. But Tybura’s pace proved to be an issue for “The prince of war” in the second round. Hardy was visibly exhausted 2 minutes into the round and got taken down rather easily. Tybura then proceeded to unleash some heavy ground and pound, the referee stopped the fight seeing that Hardy wasn’t protecting himself.

This was a devastating loss for Hardy. His first one came at the hands of Alexander Volkov, but there’s no shame in losing to one of the best strikers in the division. However, this time he was the favorite against Tybura and failed to meet the expectations of the fans and of the UFC. Following his defeat, he posted an honest statement on Instagram addressing his performance and his need to improve.

“Gotta take my Ls like a man. Always have and always will. I have become a much better fighter but I am far from complete #tentoesdown this loss is deff on me, my coach’s and team are the best in the world. It’s on me to make adjustments.” 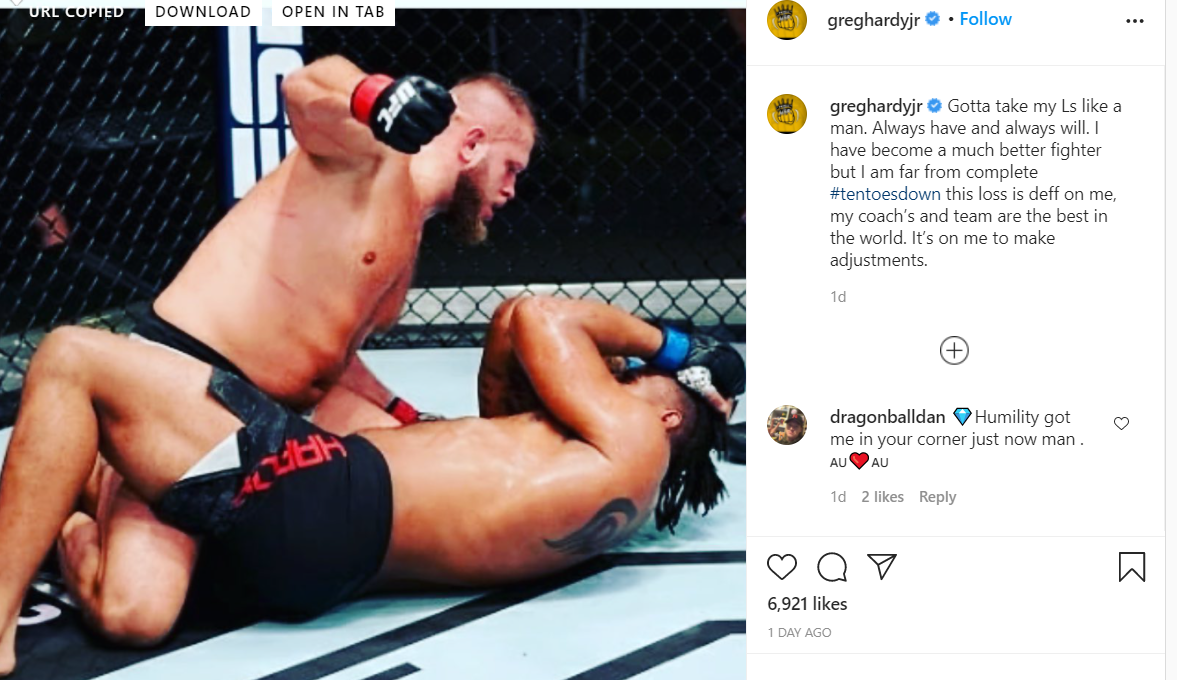 Hardy definitely showed some signs of improvement, and if he continues to work hard he could very well be an elite heavyweight fighter in the near future.