Happy Birthday Jon Jones! Bones turns 29, so he does a Q and A with fans on Twitter

After to losing out on a reported $30 million dollar payday, how does Jon Jones celebrate his 28th birthday. On July 19th, 1987 Jon “Bones” Jones was born to this Earth. Do you think anyone from the UFC or Dana White, will give Jones a happy birthday call? Text? Like on Facebook???

Maybe the UFC will just send Jones a gift card to Outback steakhouse? And not even a gift card in the correct dollar amount, the UFC gift card will not be enough to cover all of Jones’ lunchtime meal expenses. Very harsh of the UFC to potentially do that to Jones.

Isolated from the great big UFC world, busted by USADA, temporarily suspended by the Nevada Athletic Commission, Jones did what he does best; interact with trolls on Twitter.

Who knows if Jones has learned from yet another mistake, if he’s humbled or has any regrets about being booted off UFC 200 48 hours prior to his title fight with Daniel Cormier. Let’s examine the twitter tea leaves and overanalyze the text Bones birthed from his keyboard on his birthday.

Bones is learning, he clearly has changed 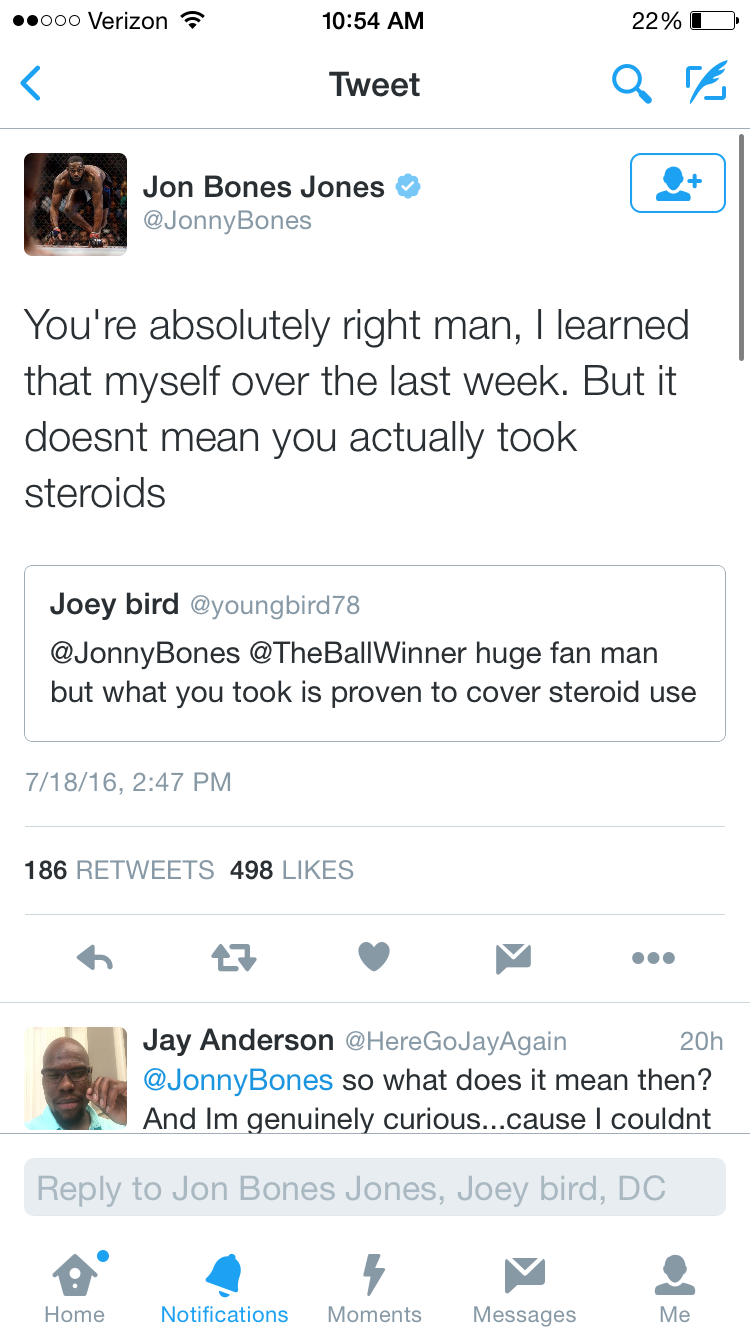 Jones used the word cheater. Which means he may in his heart of hearts he is a cheater 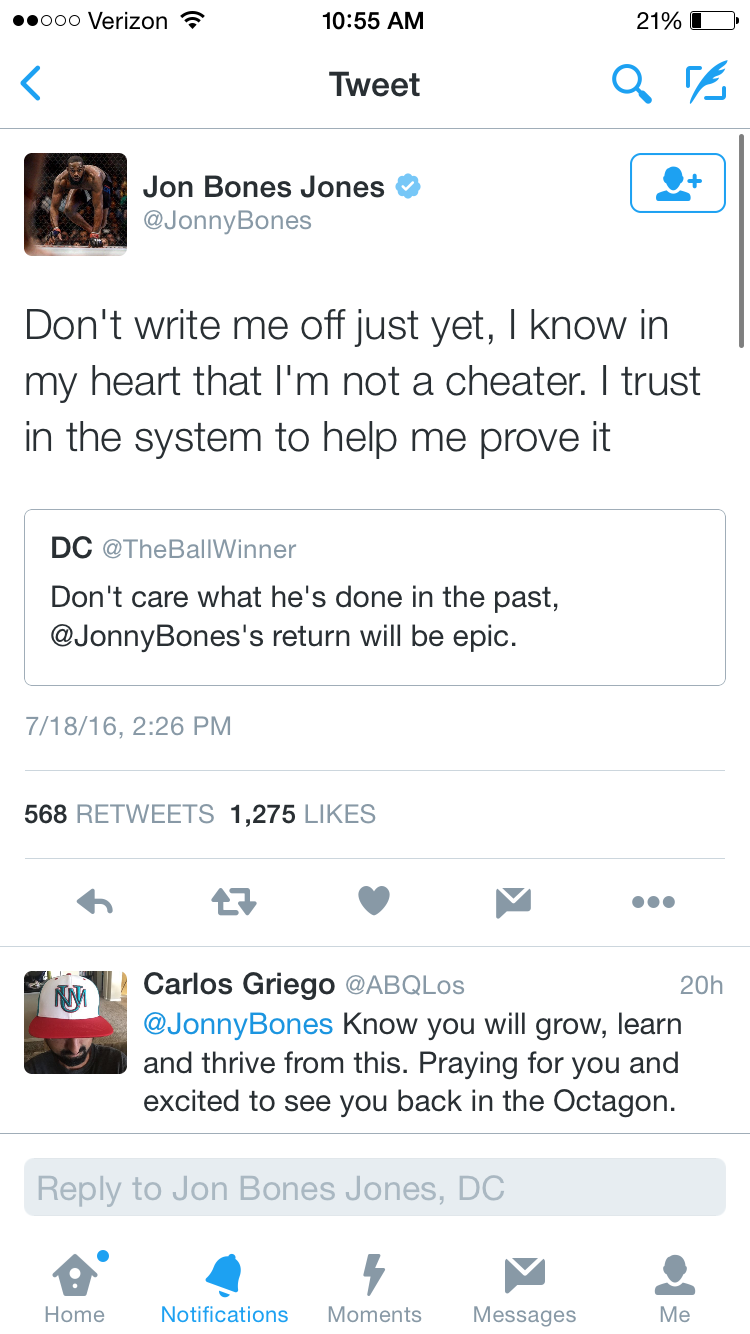 The heart of a true champion, Bones will never give up. 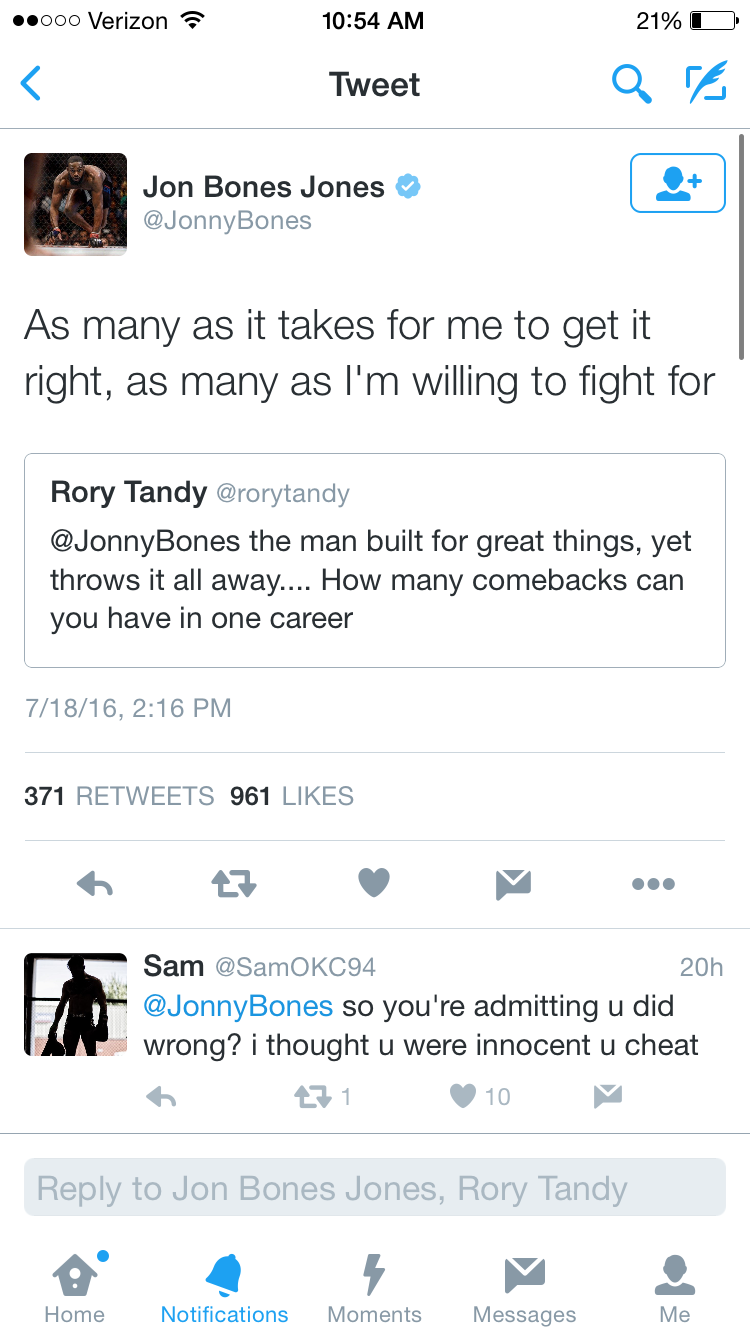 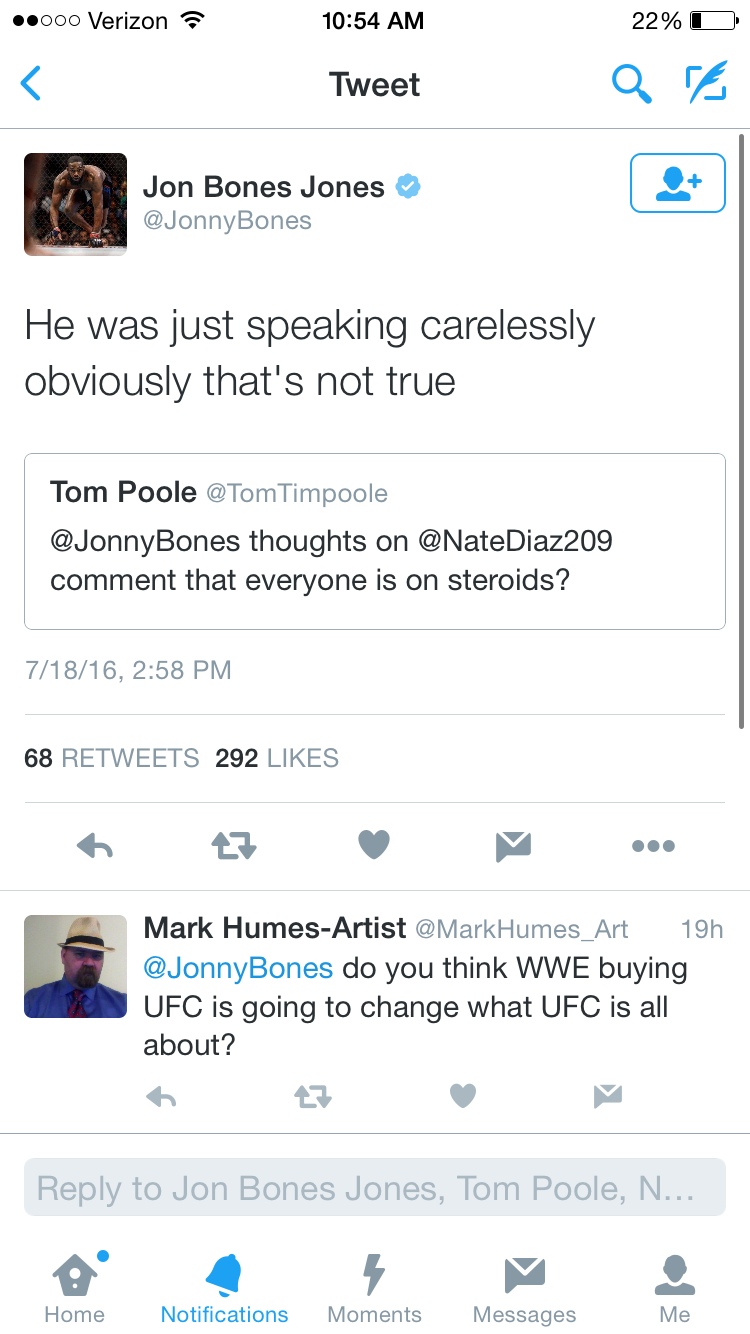 Jones has nothing to hide. Transparent Jones is innocent Jones 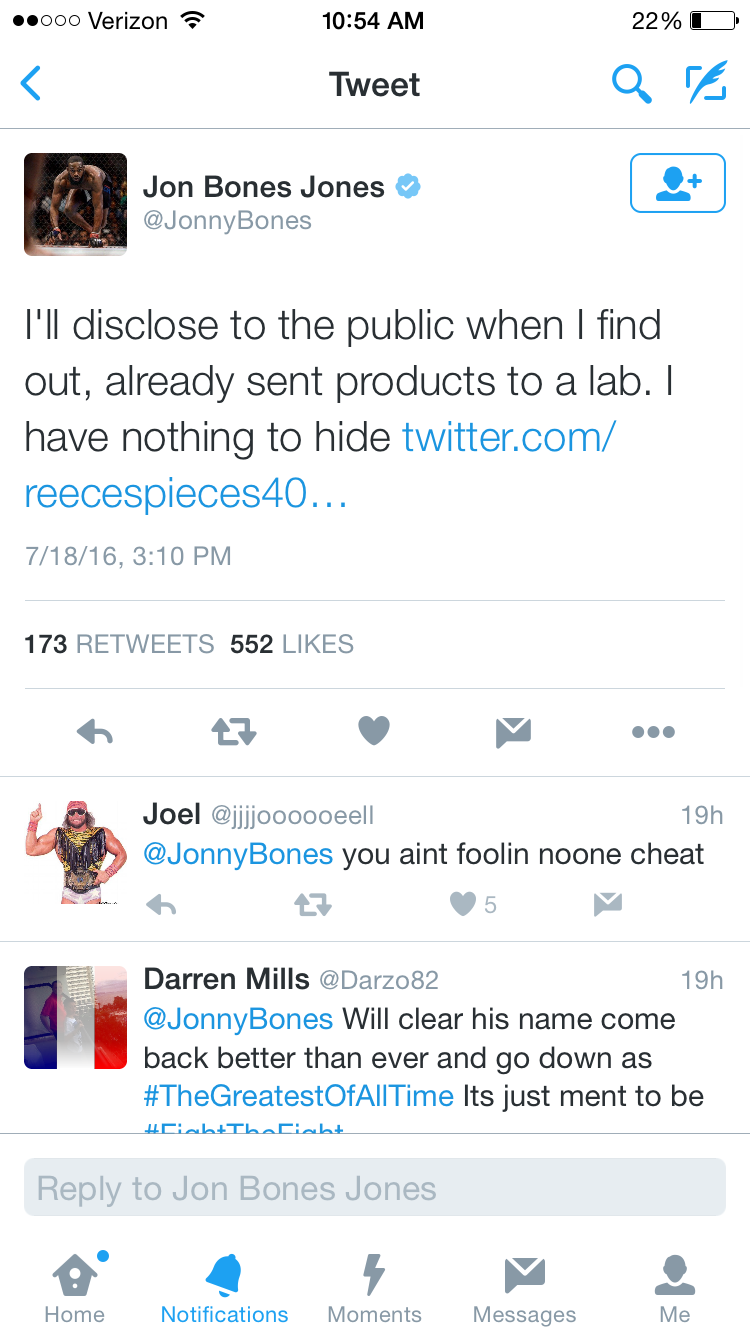 Bones, back to his selfish ways we see 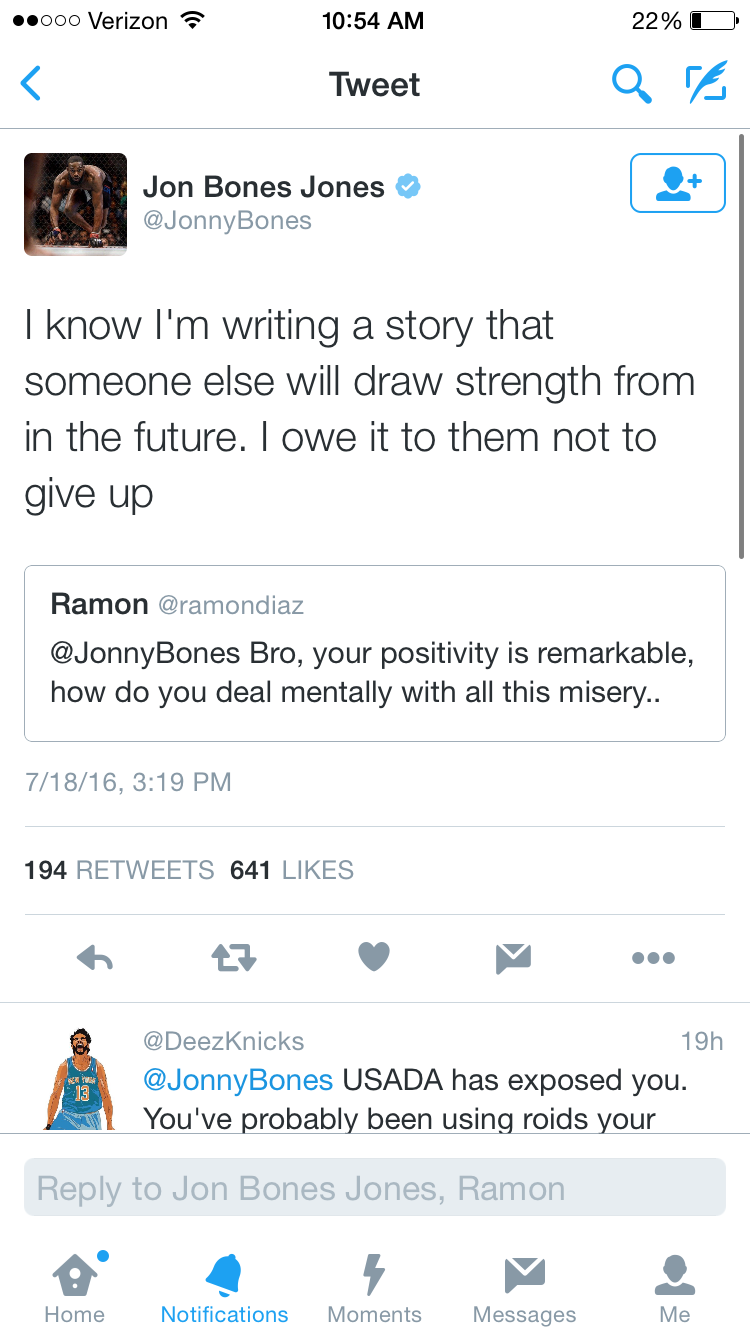 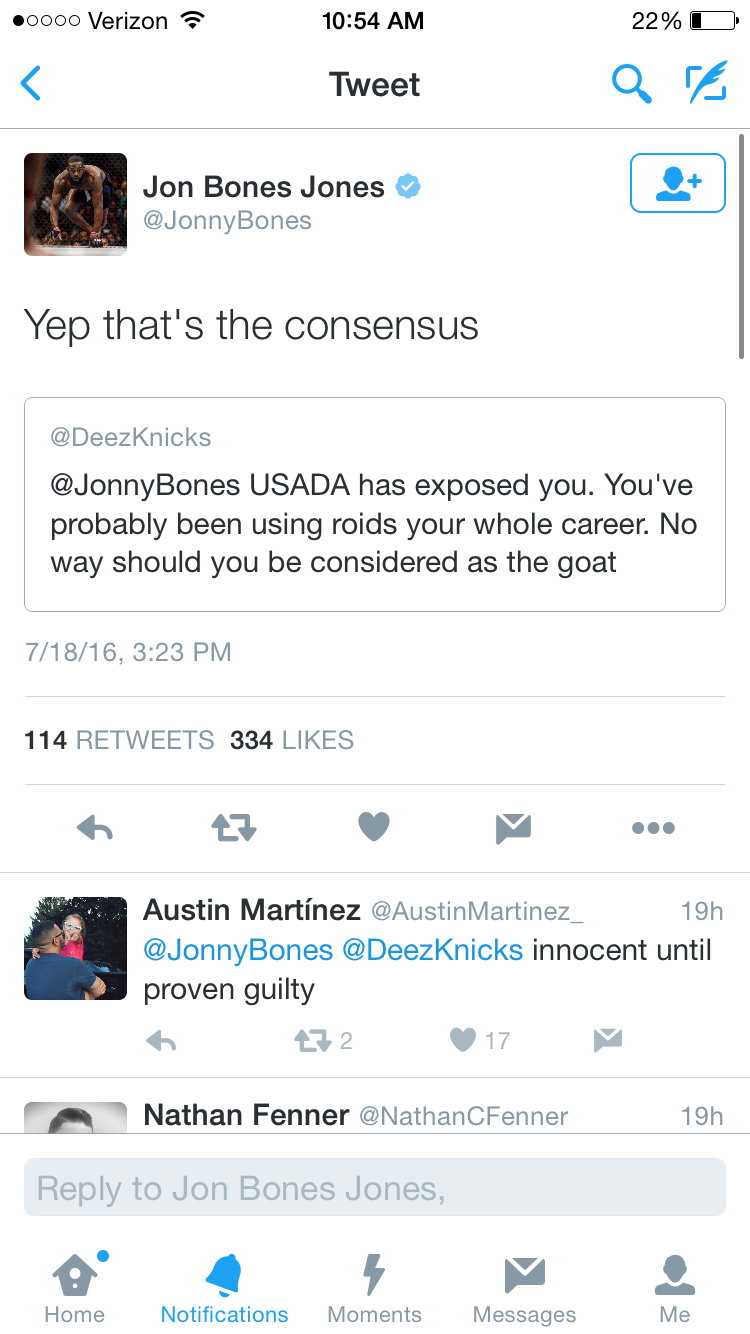 What an arrogant ass hole this guy is 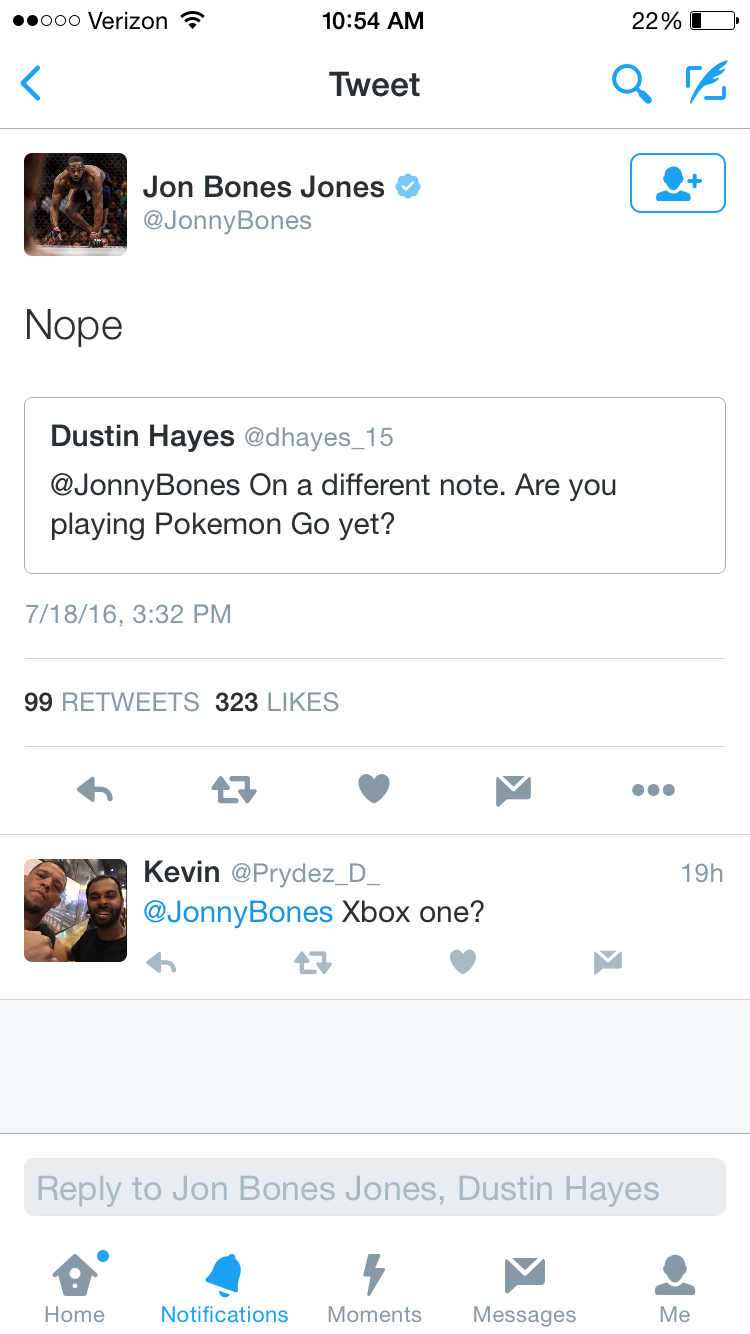