Guys, we have bad news: EA MMA’s online servers are shutting down in 30 days

Well this just sucks. I’m at a loss for words. We knew the time for EA MMA to shut down would come eventually, but we didn’t know it would be this soon. If you’ve been with us for the last few years you know MiddleEasy and EA shared a great working relationship. If you ask any of us we would say it was one of the most incredible working relationships we’ve ever had with a company. Actually no. It wasn’t one of the best, it was the best. We had such a good relationship with EA it has developed beyond work, we are happy to call many of those great guys friends. You can ask Zeus, no one has given us as many digital high fives, butt-pats and chest bumps as Team Tiburon down in Florida. Like any relationship however, eventually it comes to an end.

For almost two years MiddleEasy and EA had the common goal in mind of kicking ass in the digital MMA world, and now it’s officially coming to a close. Live Broadcast producer and EA MMA showrunner Preston Dollinger emailed me this horrible news last night:

It’s with deep sadness that I announce on April 13th 2012, EA will be shutting down the EA Sports MMA Online servers. This means after April 13th 2012, you will no longer be able to access any of the online features within EA Sports MMA. This includes Online Head to Head, Fight Cards, Live Broadcast Replays, Virgin Gaming, Leaderboards, Fighter Share and Fight Replays.

The entire EA Sports MMA Development team would like to thank everyone for the unwavering support you’ve shown towards the EA Sports MMA product. We’ve loved your enthusiasm and have enjoyed interacting with everyone whether it was through the forums, the Live Broadcasts or inside of the Online Head to Head arena. You all have been super passionate and we thank you for spending some time with us playing the game and providing all of the feedback and comments that you did.

I’d like to send a personal thank you to Jason Nawara, Zeus, Gary Laplante, Tha Premeire, l1qu1d Sw0rds (lovingly referred to in the comment section as Jonesy), Aghast Eagle, Chris Gregory aka BrothaLynch57 and any of the other regular Sunday Night Fighters I may be forgetting. It’s been a blast getting to know each of you and work together putting some amazing and fun Live Broadcasts fights out on the airwaves. Those were some of the best moments of my life and I appreciate everyone participating in the Broadcasts and weekly Sunday Night Fight sessions.

Before we shut down the servers, I’d like to put together one last event with anyone who may be interested. Stay tuned to MiddleEasy.com for details! Thanks again everyone, it’s been a fun ride that I’m truly thankful to have been a part of, and can’t thank you all enough for your support!”

The man, the myth, the Preston Dollinger. 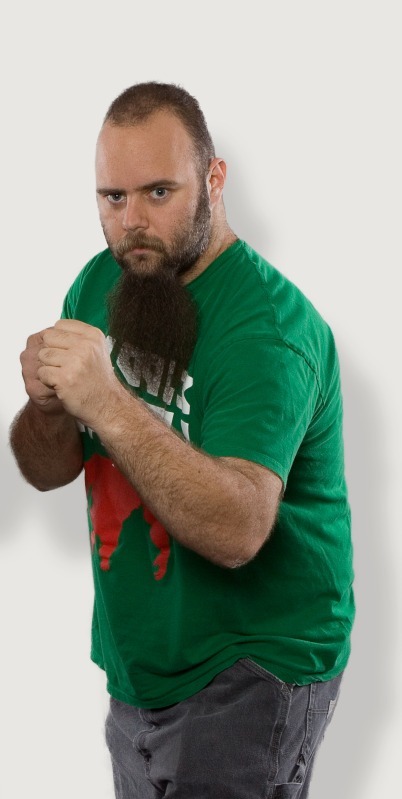 With only four Sundays to go until the EA MMA servers go down, we want to bring back the original EA MMA Sunday Night Fights at least a few more times. Maybe capping off this beautiful journey we had with a blowout party as the servers go down on April 13th. Let’s relive some great EA MMA memories, like this epic battle Gary LaPlante and I had at the MiddleEasy GP:

EA MMA NEVER DIE! I’m going to go cry and rock back and forth now.

Eddie Alvarez has no plan B, and that’s coincidentally the name of his new documentary
← Read Last Post