This Guy Attends MMA Event As A Fan, Stunned The Crowed By Winning The title In Brazil

Luis Felipe Alvim, just an ordinary fan in the crowd to see the MMA bout between Carlos Eduardo Rufino and Claudinei Kall. But, it turned out that Rufino was overweight by just a single pound, so Kall finally decided to pull out after initially accepting, leaving the stage open for any competitor. That’s where Luis Felipe hops in and winning the Welterweight champion at Juiz de Fora; his story is unlike everything you’ve ever seen.

As per MMA Fighting, the Luis 22 is an MMA fan, who is a black belt in Muay Thai under UFC lightweight Felipe Silva and blue belt in jiu-jitsu, was in the audience to watch the event.

When Luis arrived in the Brazilian city of Juiz de Fora, he didn’t even have tickets to the fight event. He was so desperate to get event tickets, he and his girlfriend Fabiana baked brownies to sell outside the venue, in an attempt to raise the money to buy a pair of tickets. When they arrive the hotel, all the fans were already inside and no one left to buy their brownies.

They both decided the money they raised to pay bills, instead purchased the tickets.

As both entered the hotel, Alvim went to the locker room to visit his coach Felipe Silva, and some of his friends were scheduled to compete on that night, and that’s where he heard about the event situation. Alvim decided to volunteer to replace Kall in the main event, but someone already took the spot.

“I told Felipe Silva I’d fight, that I’d put on a show, but a new fight was already booked,” Alvim told MMA Fighting. “Forty minutes before the main event, this guy chickened out, and they offered me the fight again.”

Luise, a complete novice in the MMA world, had never fought before in MMA league. He has few jiu-jitsu tournaments and has 15 Muay Thai bouts under his belt and stepped into the cage against Rufino, a 5-1 welterweight who submitted the only defeat in his career in July when he competed for the Jungle Fight for the 170-pound belt.

Juiz de Fora Fight promoter Valdir Araujo agreed with the suggestion, and Alvim put the gloves on and made an MMA debut in the welterweight title bout putting his talent to test.

In front of a big crowd of 1,500 fans at the Gran Victory Hotel, where opponent Rufino takes Luis down with armbar, Alvim made a shift to a triangle choke and forced Rufino to tapped. 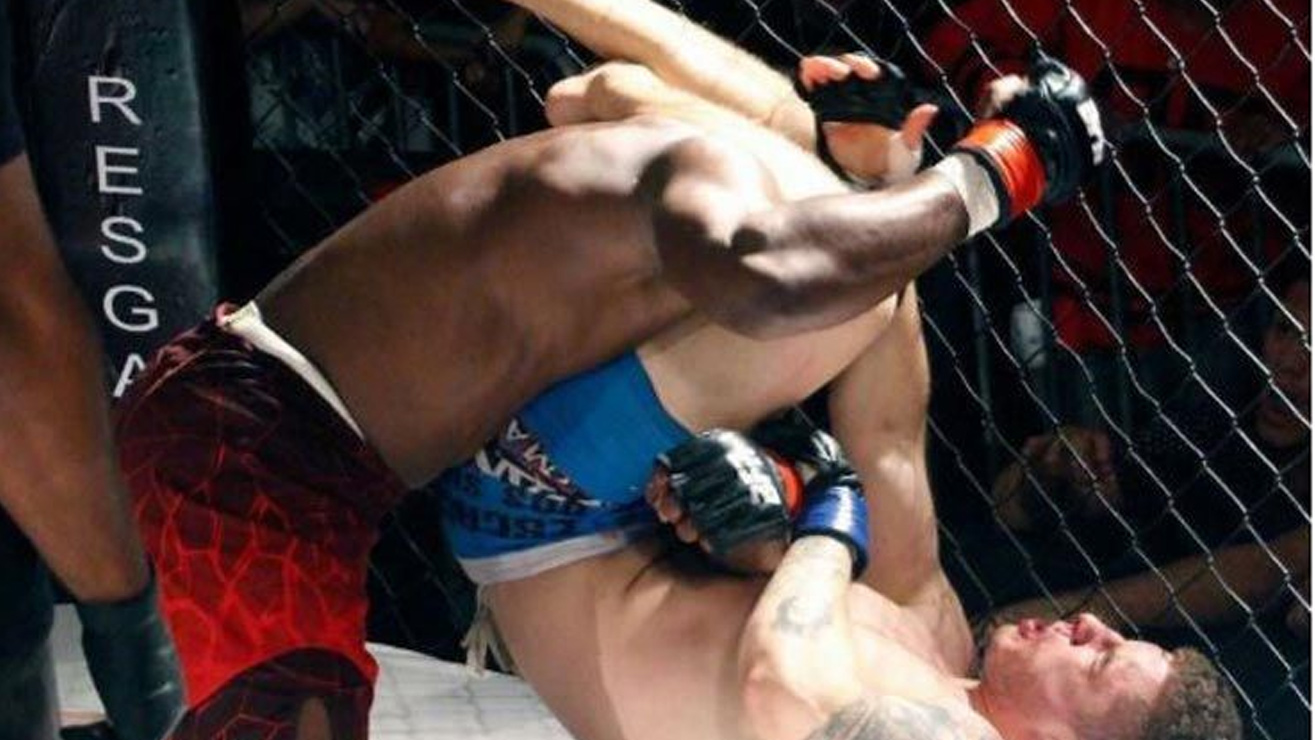 “He took me down and landed some heavy shots, and I though ‘oh sh*t, what the f*ck am I doing here?’” Alvim said. “When I locked the triangle I thought to myself, ‘sh*t, I’ll catch him.’ I asked God ‘please, don’t let this round end,’ and he tapped.”

Crowd stunned over his win. After receiving the winning belt, moments after Luis proposed to his girlfriend, Fabiana. From cooking brownies to buy tickets to win the promotion’s belt in less than an hour notice. 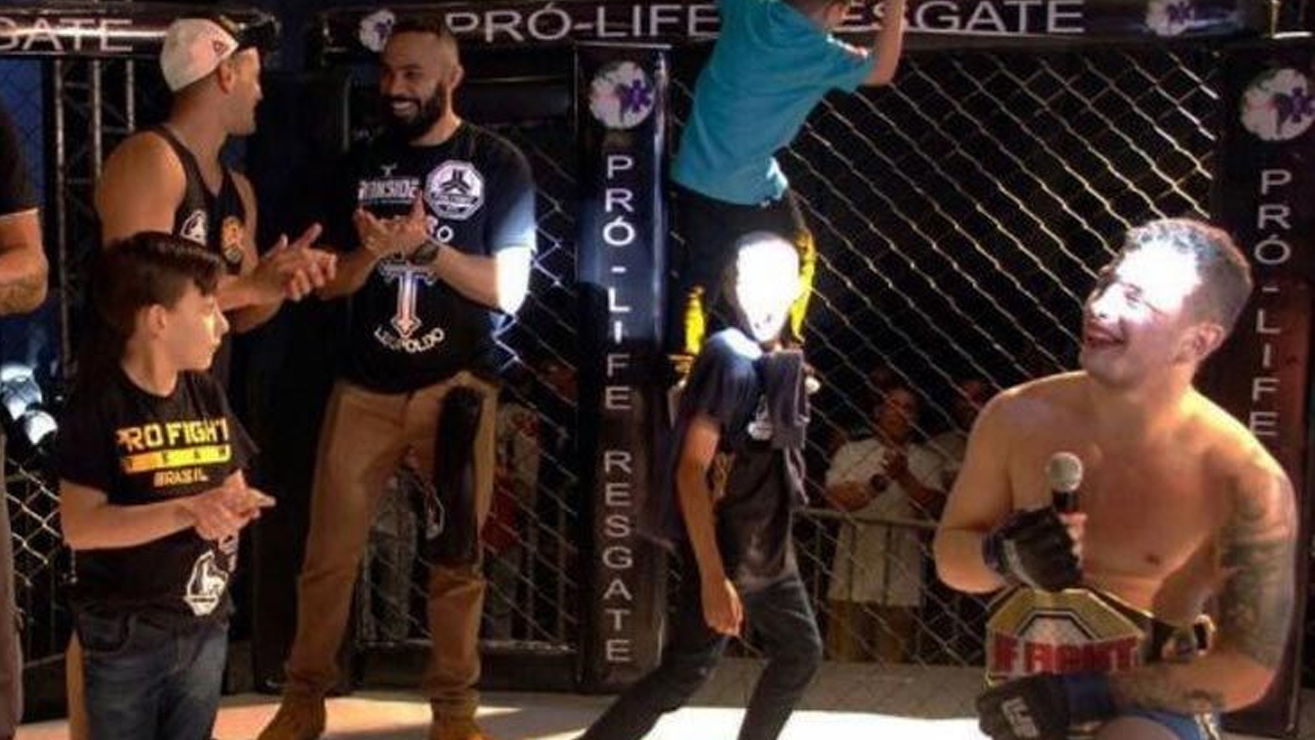 “I showed my girlfriend — my fiancee now [laughs] — the trailer of the movie Troy yesterday,” he said, “in which this kid tells Achilles he’d never fight a giant like Achilles was about to do, and Achilles says ‘that’s why your name won’t be remembered.’ That stuck in my mind.” 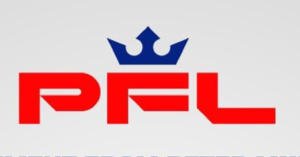 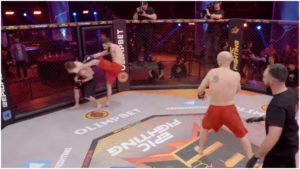