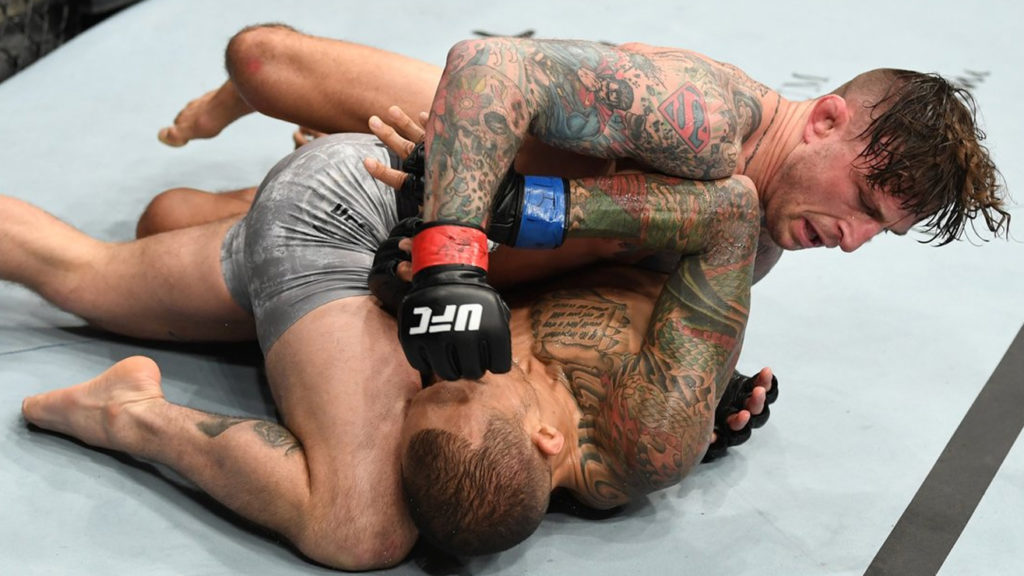 Yesterday night (Sat, Jan. 19, 2019) from inside Barclays Center wrestling ace Gregor Gillespie earned a second-round TKO win over Yancy Medeiros at UFC On ESPN+1 in Brooklyn. At some point during the event, someone stole Gregor Gillespie and his coach’s fight bags.

Following his win, Gillespie took to social media and explained the situation. He even gave a thief an option whoever stole his bag can keep his gear, begged to return his wallet and mouth guards.

“To who ever it is who stole mine and one of my coaches fight bags at the Barclays center tonight. Could you please just return my wallet and my mouth guards? If you stole the bag for some memorabilia, that’s cool you can keep that if you want, but id really like my wallet and mouth guards back. I REALLLLLY don’t want to go to the DMV” – Gregor Gillespie on Instagram.

Gillespie also mentions in his post that he doesn’t want to go to DMV. I understand the struggles you face when you go to the motor vehicle center, and the worst part is to wait in line for hours or sometimes spend the whole day. So Gregor Gillespie’s frustration is valid here as it’s even more boring task than a fight inside the cage.

Gillespie kept his professional record perfect (13-0) with a win over Medeiros also that fight marked his fifth straight stoppage victory inside the Octagon.