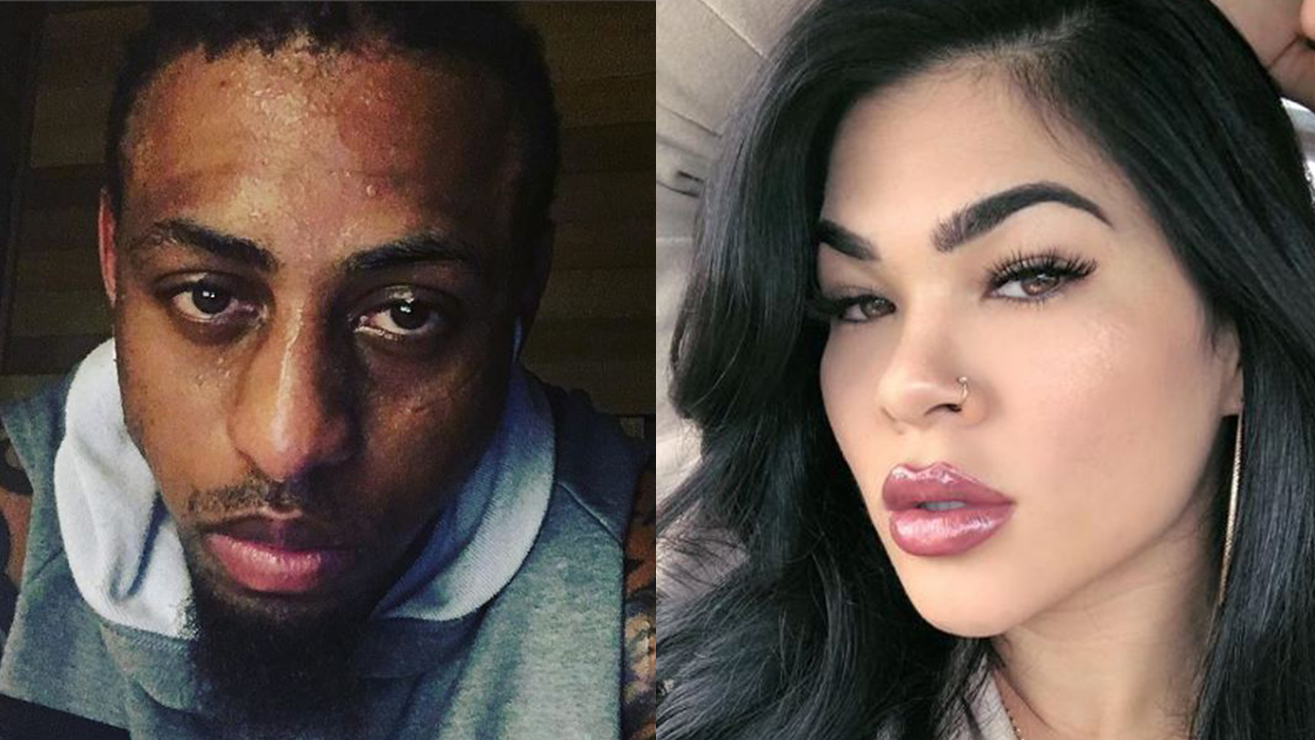 It was reported by ESPN’s Brett Okamoto that the former NFL player Greg Hardy will probably make his UFC debut at UFC Fight Night 143, on January 19th, 2019. The event takes place in Brooklyn, New York.

Greg Hardy was found guilty in the past for domestic violence charges over his former girlfriend. The accusations were dropped later when the victim did not appear in court.

But Greg’s UFC debut comes at the worst possible moment. He will share the fight card with Rachael Ostovich, who was the victim of domestic violence!!! Let’s remember, Rachael ended up in the hospital after she was brutally beaten by her husband, MMA fighter Arnold Berdon.

Rachael Ostovich was rumored to pull out of the fight versus Paige VanZant due to the seriousness of her injuries. But she stayed on the card to support people who faced similar experiences.

“ALTHOUGH THIS IS A VERY DIFFICULT TIME FOR ME AND MY FAMILY, I FELT THAT THIS FIGHT IN JANUARY WAS IMPORTANT. I FELT THAT IT WAS EXTREMELY IMPORTANT TO ME TO FOLLOW THROUGH WITH IT AND NOT ONLY FOR ME BUT FIRST FOR MY DAUGHTER AND OTHER PEOPLE THAT MIGHT BE GOING THROUGH SIMILAR SITUATIONS. I WANT TO TAKE A STAND AGAINST DOMESTIC VIOLENCE AND SHOW OTHERS THAT IT’S OKAY TO COME OUT AND SPEAK ABOUT IT AND NOT BE QUIETED.

I FEEL LIKE I HAVE TO DO THIS. THIS IS SOMETHING THAT CAN’T BE TAKEN AWAY FROM ME. I WANT TO USE THIS BIG WORLDWIDE UFC PLATFORM TO SHOW PEOPLE THAT…DON’T LET ANYONE OR ANYTHING COME BETWEEN YOU AND YOUR DREAMS AND YOUR CAREER.”

Greg Hardy’s eventual UFC debut was always going to be controversial and met with heavy criticism. However, to debut him on the same card as Rachael Ostovich (on the first ESPN card, no less) is a dubious decision at best and incredibly tone-deaf. https://t.co/lqd8BYW9GA

.@bokamotoESPN is reporting that Greg Hardy will make his UFC debut on the same Jan. 19 card that Rachael Ostovich will fight on. That’s incredibly poor judgment by the UFC and so easily avoidable.

Of course it would be on the first ESPN+ card…which also happens to be the same card that Rachael Ostovich is fighting on as she openly speaks out and stands against DV. Seriously shameless stuff from the UFC. #UFCBrooklyn https://t.co/7TIj2j1el6

That would be the same event as Rachael Ostovich. Not the best idea. https://t.co/IR4FSEtTvo

Look, we all knew Hardy debuting was going to happen but this is an extremely idiotic placement by the UFC with what just happened to Ostovich. https://t.co/ZTPQhDZ1qP

Are you serious @UFC @DanaWhite? Come on. This is absolutely horrible putting Hardy on the same card as Ostovich. What is wrong with you?!?!?!??? https://t.co/RyLmFWL8A6

He's (Greg Hardy) is making his @ufc debut on the same card as Rachel Ostovich who was recently a victim of domestic violence. Not sure they (UFC) thought this one through. Just my $.02 🤔 https://t.co/4ueDxPSfPF

On the same card as Rachael Ostovich… "Proud" of the UFC 👍 https://t.co/PT1ZNPZV84

If not a single one of you MMA media members in attendance for that UFC on ESPN+ card featuring Greg Hardy and Rachel Ostovich dare to raise the topic of domestic violence during your fight week interviews and media obligations – you’re a fucking fraud.

So everyone talking about hardy being on the same card as Racheal is going to boycott the card right? Make sure your actions line up with your complaints or you’re part of the problem!

So we have Greg Hardy, who has a history of domestic abuse, on the same card as Rachael Ostovich, who has actively been campaigning against domestic violence after recently being attacked. Sounds about right. #UFCBrooklyn https://t.co/HyO5XHHl7G

Jon Anik: AND JUST LIKE THAT! RACHAEL OSTOVICH GETS THE TAP IN THE THIRD! WOW! WHAT AN ABSOLUTE TRIUMPH! COMING BACK FROM A BROKEN ORBITAL BONE ONLY MONTHS AGO!!

Absolutely abhorrent of the UFC to schedule Greg Hardy's debut for the same card Rachael Ostovich is fighting on. Is it really possible they're that careless? Unbelievable.

Incredibly tone deaf by the UFC in likely putting Greg Hardy on the same show as Rachel Ostovich for the first ESPN show. Been told they are scrambling for a main event at this point which is pretty sad since that should have been locked up weeks ago.

What are your thoughts on this? Do you support UFC’s highly controversial decision to put Rachael Ostovich and Greg Hardy in the same fight card? Would you change something if you were Dana White?