Good for you… but not in the best interest for the UFC.

Chris Camozzi, Patrick Cote, Matt Hamill and Jon Madsen will all be a little lighter than expected at UFC 121 as their mutual sponsor, Good4U Drinks have been banned by Zuffa. According to the company, the drinks were in direct competition with XEnergy, Zuffa’s energy drink.  Most people after seeing “The Godfather” would have no problem listening to a pair of rich Italians who own a multitude of casinos in Las Vegas when they say your sponsor is gone. Shane Carwin, spending too much time studying Mechanical Engineering so he can make heavier things to bench press, had never seen the movie. He had this to say: “And another worthy, great, honorable company supporting fighters banned from the UFC, thank you for making a tough road even tougher.”

This puts Good4U drinks in the ever-growing category of banned UFC sponsors. Also occupying this esteemed list is popular brand RVCA, owned by this man (http://www.shop-eat-surf.com/imagemanager/files/news_main_images%5C726_lg_pat.tenore.jpg), and Hoelzer Reich, owned by this man (http://upload.wikimedia.org/wikipedia/commons/thumb/2/2a/Bundesarchiv_Bild_183-S62600%2C_Adolf_Hitler.jpg/225px-Bundesarchiv_Bild_183-S62600%2C_Adolf_Hitler.jpg) 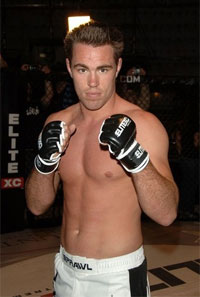