Teixeira Advises Jones To Take Care Of His Own Problems

Glover Teixeira was not impressed with what Jon Jones tweeted about Anthony Smith following UFC Jacksonville.

Teixeira made it four wins in a row following his dominant fifth-round TKO victory over Smith in the UFC Jacksonville headliner last night. Jones — who had previously gone back-and-forth with Smith in recent weeks — was live tweeting his reaction to the fight.

Once Smith was defeated, the light heavyweight champion took the mocking up a notch as he even made a reference to the former’s recent home invasion before deleting the tweet. 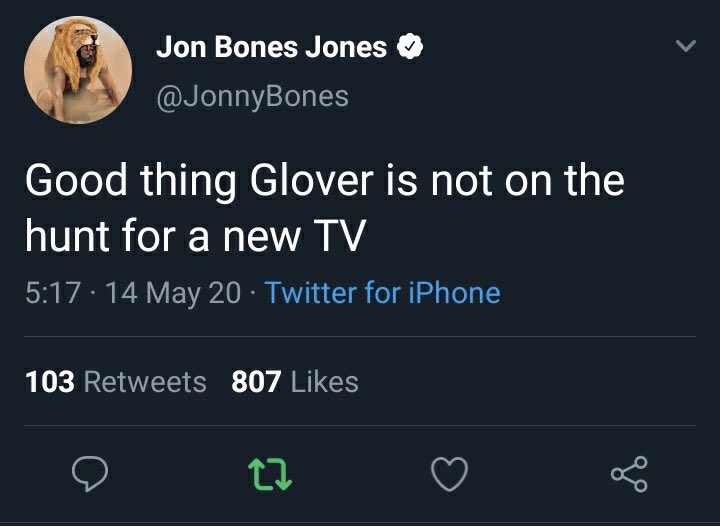 When Teixeira was made aware of the tweet, the usually-polite Brazilian strongly gave his thoughts on the matter.

“That’s so stupid, you know?” Teixeira said post-fight. “I don’t talk sh*t about Jon Jones, man. People ask me all the time what he’s saying, what he’s done. Whatever he’s done – like hitting pregnant woman – I never judge people outside.

“You know me, man. I never talk, I never judge anybody outside of the Octagon. I say, ‘hey, it’s not my job to judge him outside of the Octagon.’ Whatever he does outside, we all do stupid sh*t. And for him to say something like that, man, that’s so stupid, because the guy has a family there. That’s probably the stupidest thing he’s ever said. Tell Jon Jones to take care of his stuff, man. He’s got a lot of stuff to take care of, you know?”

We saw a different side of @GloverTeixeira when he was informed of Jon Jones' since-deleted tweet after his win over Anthony Smith. 😳#UFCJAX | Full interview: https://t.co/ORNGVObMDb pic.twitter.com/qZfXnh4yxu

Although Jones was was praiseworthy of Teixeira’s performance on the night, it wouldn’t be surprising he caught wind of these comments and delivered a response to his old foe.