Gilbert Burns: Colby Covington ‘Has The Advantage’ Over Jorge Masvidal

Gilbert Burns shares his excitement for a potential fight between Colby Covington and Jorge Masvidal, says he thinks Colby will win 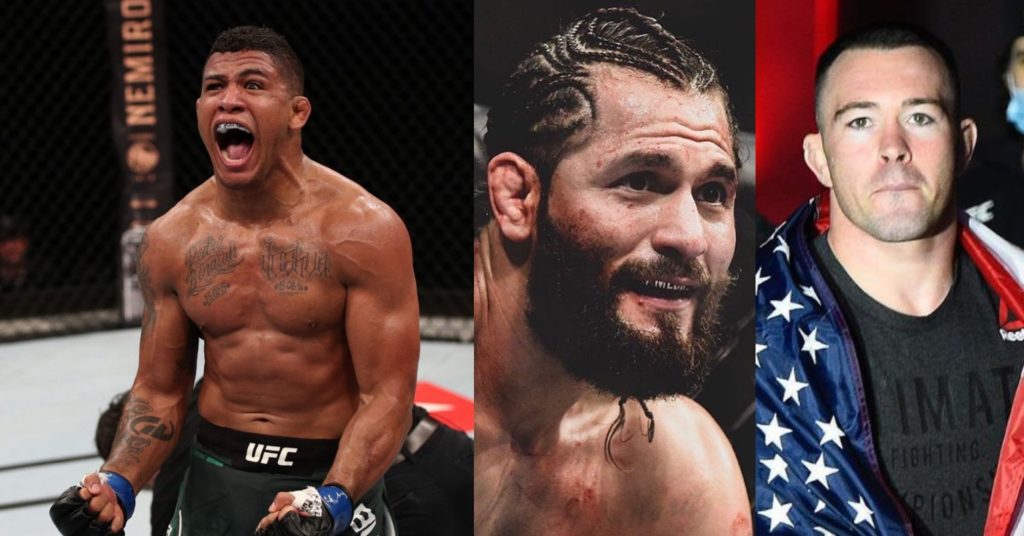 There has been a ton of excitement to see the UFC book a fight between friends turned enemies, Colby Covington and Jorge Masvidal. Gilbert Burns wants to see that fight too, and has an idea of how it will go.

You may think that Burns would feel a type of ay about Masvidal, after the BMF champ passed him for a title shot in 2020. However Gilbert did not take it personally, knowing that the positive COVID-19 test he suffered was nobody’s fault.

Now the BJJ standout is finally slated to be getting his first crack at UFC gold. He is expected to take on welterweight champion Kamaru Usman, in a bout that promises excitement in February.

While Gilbert Burns has his sights set on the task ahead of him, he is still a fan of the sport. As a fan, he has one particular matchup in the 170lb division that he would love to see.

Speaking in a video on his YouTube channel, Gilbert explained that he is very interested in a bout between former training partners turned rivals Jorge Masvidal and Colby Covington. In fact, he has a feeling that he knows who would win this fight.

“Stand up, for sure Masvidal is better, but Colby Covington has that pressure, has that pace,” Burns explained.

“I watched a couple videos of these guys going after it in the living room when they lived together, and Colby was just taking him down multiple times.”

“The last fights that he faced good grapplers, (Jorge) has lost, Kamaru (Usman) and (Demian) Maia. I think Colby has hi number too,” Burns added.

“Colby has good pressure, good pace for that division. I don’t know, they know each other a lot…the way I kind of picture that a little bit, Colby has the advantage, Colby has his number.”

It will be interesting to see Colby Covington and Jorge Masvidal face off, and find out if Gilbert Burns is correct in his assessment. That seems to be a fight that fans really want to see in 2021.