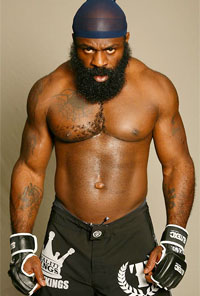 Let people at work call you stupid. Let them call you lazy. But don’t let them call you late for tonight’s UFC’s double-header of rawesomite action. I don’t really have to exert much effort to get you guys hyped up for tonight. Just consider this a reminder to turn off your cell-phone, lock your door and be anti-social from 8:00 pm to 11:00pm. Tonight we get to see the Young Assassin vs. the Young guy that dips out of conference calls. We love Nate Diaz even if he hates talking on the phone with people. Our dude Cameron Dollar said that if he had to assemble a team of X-men, he would pick both of the Diaz brothers to be on his squad. Also, you may have heard that the Sam Stout vs. Phillipe Nover fight has been canceled due to Nover suffering from an epileptic seizure in his locker room. Apparently the dude is ok so expect one of the undercards to get bumped up to main event status.

After UFC Fight Night, the Kimbo Slice saga continues with probably the only reality show (besides Project Runway, of course) that really holds any entertainment value: The Ultimate Fighter Season 10: Heavyweights. It seems like we’ve been waiting for decades for this thing to drop. If you were an impatient douche like me, then you’ve probably already watched the first eight minutes of the show. We all know Kimbo Slice is Kimbo Slice, but the dude is dwarfed by some of the other contestants like Wes Sims, Roy Nelson and Justin ‘Secondary Technoviking’ Wren. We interviewed him and he said everyone will be surprised by Kimbo Slice. Every day Kimbo Slice doesn’t knock on my door and fracture my skull…Im surprised. There is no need to try to impress me. You had me at ‘Let’s run this‘. And it’s all going down…in just a few hours. Slam your friggin phone against a wall because your aunt from Florida is not messing this up for you. You meaning me…damnit. 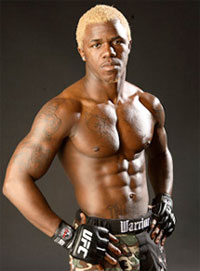 Note to self: Never fake an injury...especially in the cage
Read Next Post →
Click here to cancel reply.