Impressed by his performance, Georges St-Pierre says WWE tried to sign him recently 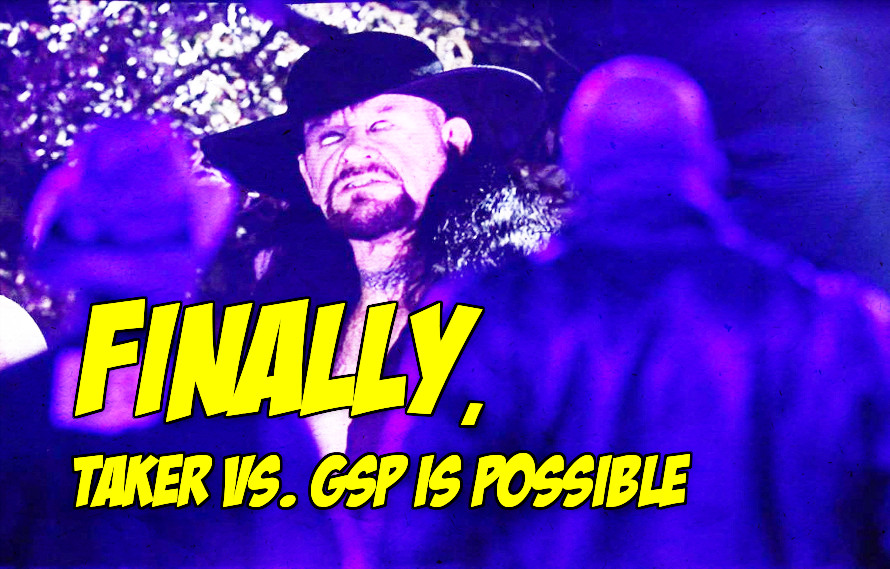 It sounds so strange that this may actually happen. Let’s hop aboard the Georges St-Pierre to WWE train.

Looking to double down on their success with Ronda Rousey coming to pro wrestling, a new report says WWE recently approached GSP about signing with the company.

LOL what? What odd bedfellows this would make. One of the most humble, bad at trashing talking UFC champions of all-time and the WWE.

Now this is a pro wrestling marriage so dumb, there is no way it could fail.

The latest edition of the Wrestling Observer Newsletter with the new GSP tidbit.

“I was at an ESPN event in the United States, the awards ceremony, and I got approached by the WWE. I had just retired, and, it’s a form of competition, but of course, it’s also scripted, so I don’t know if I’d be willing to relive that.” He said. “Perhaps for a special event, so I could taste it. But I don’t know if I’d want to sign a contract and do it every week and making it a living. Maybe for a special appearance. Perhaps we will get back to them on that, I don’t know, but for the moment, there are no discussions at all. They wanted to contact my agents, I gave them their number, but I don’t want to switch to wrestling full time.”

There are just so many wacky and reckless scenarios where MiddleEasy wants to see Georges St-Pierre just dropped into. Like if St-Pierre is going to be a pro wrestler, let’s just make him do all kinds of goofy stuff.

In reality, all are pro wrestling fantasies involve GSP just getting scared by the absurdity of it all. Really want Undertaker to shoot lighting at Georges. Lets have GSP have a better abs contest with not Finn Balor, but the Demon version of Finn Balor. Have to have Bray Wyatt recruit Georges into his new cult.

Then after that GSP can join The New Day. Or debate about the environment with Daniel Bryan. Need him to get verbally dunked on by Becky Lynch to. Yeah, Georges really needs to join WWE ASAP, only for our own personal entertainment.